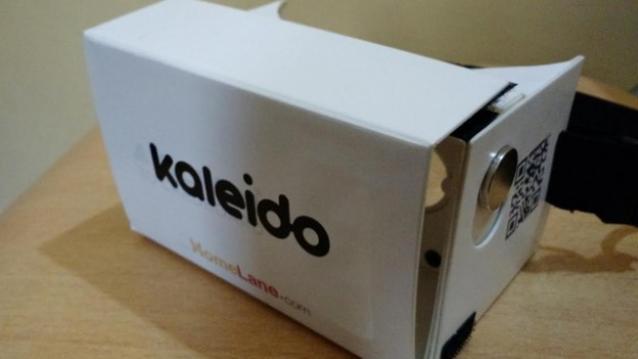 We recently wrote about how virtual reality (VR) is a big thing, if not necessarily the next big thing. While we emphasised on the debate about virtual reality going beyond gaming and here’s roughly a year old startup that shows its potential in the home decor space.


HomeLane is trying to bring the change in buying trends in the home decor market its new Google Cardboard-powered VR headset – Kaleido. The device aims at providing an immersive VR experience, allowing them to view different looks and designs for their kitchens, bedrooms and living rooms in real time. It should be noted that the fixed furniture and home solutions market size is said to be $10 billion in the top 10 Indian cities, and growing at 20% CAGR.

Srikanth Iyer, co-founder and CEO at Homelane, demonstarted the new VR app along with Kaleido. He explained, “It’s a unique tool for users in home decor with assisted guidance using virtual reality options that they can look at for their interior including kitchen, wardrobe, living rooms, bedrooms. So, you haven’t spend the money but can visualise what the room will look like at an immersive level. It is an extremely immersive experience better than going to a showroom because in a showroom you will never see what you really want at the end of the day.”

Homelane has its presence in Bangalore, Chennai, Hyderabad, Pune and Kochi, and to expand in Mumbai and NCR soon. “We have seen some startling initial results (for VR and Kaleido) and plan to use it across the country,” Iyer adds.

We had the chance to experience Kaleido and the accompanying app. During the demo, we could view various furnishing options in real time. A three dimensional rendition of the kitchen that changed colour, finish, chimney size and so on. You don’t have to wait until you finally see the finished product. The new feature allow users to see how the finished product will look, before opting for it.

Interestingly, co-founder and CSMO Rama Harinath says the new innovation is aimed at the middle class segment. One can get in touch with Homelane and put forth their choices of colours, designs, flooring, cabinet tops and so on. Homelane will then set an appointment with the customer, and offer a demo based on their choice of finish product. It will allow customers to view different combinations of the kitchen in real-time before taking the call. The startup has also tied up with several interior designers and also an in-house team that will look after building the product.

Kaleido is said to be an important part of HomeLane.com’s ‘showroom in a box’ philosophy. The Google Cardboard powered immersive device along with other tools. HomeLane.com offers guaranteed installation in six weeks from order date, along with a 5-year warranty.

The company also plans on adding further improvements like augmented reality. It also plans to ensure that you do not go over budget. Similar to HomeLane, fashion retailers and automobile manufacturers also implement technologies such as virtual reality to give a feel of colour and texture.

After hearing of virtual and augmented reality efforts in the technology space, it’s quite refreshing to see a real world use case scenario of technology. What’s even more exciting is businesses in India are rapidly adapting immersive technologies for better user experience.