GPD Gaming Console: A Switch-like console for Mobile Gamers is being developed by GPD 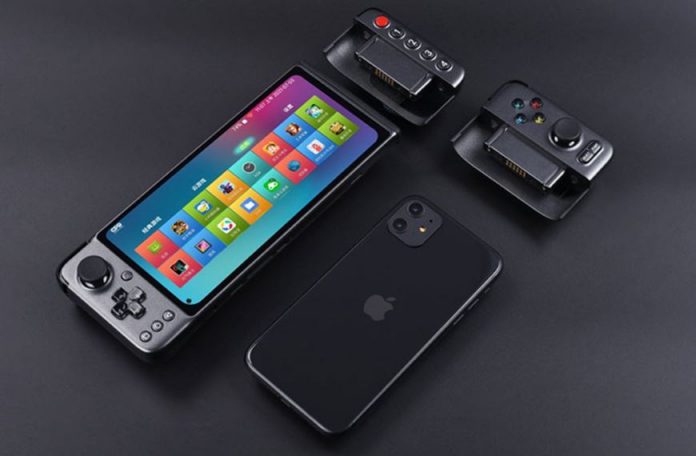 GPD Gaming Console: With their Switch OLED and Steam Deck handheld consoles, Nintendo and Steam are attempting to conquer the portable gaming industry. GPD, a popular firm in the portable gaming area, is hoping to join the mobile gaming field shortly. It’s been reported that the business is developing an Android-based portable game console with a few unique features.

GPD Technology Co. Ltd., located in Shenzhen, is presently working on a modular portable gaming console called the GPD-XP, according to XDA Developers. On the GPD-official XP’s Discord channel, the gadget appears to be a cross between the Nintendo Switch and Steam Deck, at least from a visual standpoint. This portable gaming system will allow players to play mobile games on the go, according to a report.

The GPD-XP is a portable gaming console that runs on Android.

In terms of specifications, the GPD-XP will allegedly include a 6.81-inch display with a punch-hole camera cutout in the bottom left corner. As you might expect, the business obtained the display from smartphone display manufacturers.

However, this is not the console’s selling point. Because it is an Android-based device, it has a console-style design that allows it to play popular mobile games. At the left of the tablet is a console-style controller with an analog stick, a D-Pad, and dedicated buttons for Home, Task Manager, and Back.

On the other hand, the gadget supports a modular control system that allows users to magnetically connect a suitable controller to the device. Users can choose between using a normal console-style controller with a second analog stick and the original ABXY buttons or a controller with four face buttons. The latter will be particularly beneficial for MOBA (Massive Online Battle Arena) players.

Furthermore, users may assign the controllers’ physical buttons to certain regions of the screen. This is particularly for touch-based mobile games like PUBG Mobile (also known as Battlegrounds Mobile India) and Call Of Duty Mobile.

The GPD-XP is powered by an ARM-based mobile CPU, most likely the MediaTek Helio G95. It has 6GB of RAM and 128GB of UFS 2.1 storage, according to reports. There’s also a microSD card slot for expanding internal storage and a 4G connection. Calls and SMS will be disabled on the console, so they will only be used for internet access. Furthermore, the GPD-XP lacks built-in microphones for making calls.

The first photos of the GPD-XP have arrived from China. According to XDA, the smartphone appears to be running a custom Android build. Nonetheless, the device’s international version is expected to run Android 11 and have Google services.

There is currently no information about the pricing or availability of GPD-XP. The smartphone appears to be virtually ready for launch, based on the photos supplied by the firm. As a result, Nintendo and Steam may face competition from GPD in the coming days as the firms compete for the portable gaming market.

Unlike Nintendo and Steam, however, because the GPD-XP is an Android-based device, the firm will target devoted mobile gamers rather than console enthusiasts with this gadget. As a result, it will be fascinating to observe how GPD manages the rapidly expanding mobile gaming market in the coming days.