Gorilla Glass 4 is here: Corning says its up to two times tougher than competitors 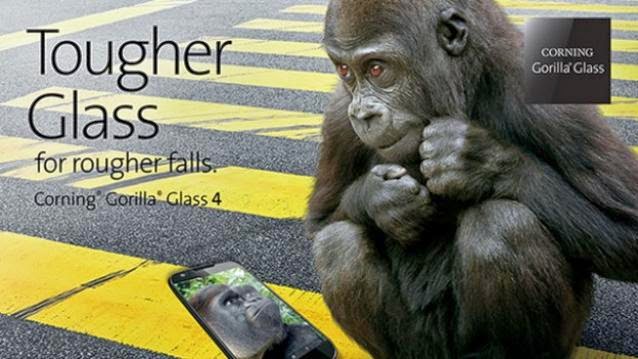 These days a scratch-resistant display has become a crucial feature while buying a smartphones. After all, those with buttery fingers don’t want that expensive piece of tech to crack at a drop. Corning is the leading brand when it comes to adding a sturdy glass layer to smartphones. The company has now released a successor to its Gorilla Glass 3 and fourth iteration of its durable cover glass design – Gorilla Glass 4.

The new Gorilla Glass 4 is said to be even tougher and specifically designed to handle brutal drops and falls. It has been manufactured using Corning’s proprietary fusion draw process that according to the company adds additional durability while maintaining the thinness and optical clarity that Gorilla Glasses are known for.


In a press statement, the company said it has examined hundreds of devices to create new drop tests that are close enough to real-life situations.

On examining the broken devices, it has found that the damage caused by sharp contact accounted for more than 70 percent. “The scientists used the newly created methods to drop devices face down from one meter, such that the cover glass directly contacted a rough surface,” the company adds.

According to the company, some of the highlights of these tests are – Gorilla Glass 4 is up to two times tougher than competitive glasses, survives up to 80 percent of the time and Soda-lime glass that is used in cheaper commercial devices breaks nearly 100 percent of the time.

James R. Steiner, senior vice president and general manager, Corning Specialty Materials. “With Gorilla Glass 4, we have focused on significantly improving protection against sharp contact damage, which is the primary reason that mobile devices break. Dropping and breaking a phone is a common problem, and one that our customers have asked us to help address.”

The company plans to work on more durable glasses and close that 20 percent gap of shattered displays with Gorilla Glass. It is reportedly also working at better sunlight legibility and 3D/curved glass. Meanwhile, we know that next year’s top of the line devices will come with Corning’s Gorilla Glass 4.