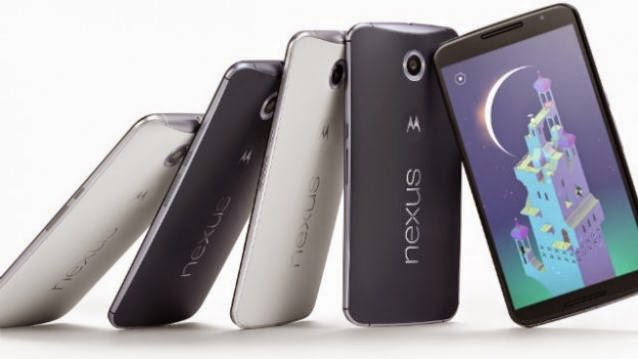 Google has partnered with Motorola to launch the new Nexus 6 smartphone which has a huge 6-inch screen with Quad HD display. It also runs Android 5.0 aka Android Lollipop. Of course the main question for most Google fans is regarding the availability of the smartphone.

And for India fans, there’s good news as Nexus 6 will be available for pre-order on Google Play Store by late October and will go on sale via Google/Motorola’s partners in early November.

In a press statement, Google said that the pricing will announced soon but that Nexus 6 will be launching in 28 countries, including India, across Europe, Asia-Pacific and North America starting later this year.

The tablet — Nexus 9 — has been developed by HTC and will be available for pre-order on October 17 and in stores starting November 3. It appears that the Nexus 6 launch would take place with the global launch as well and the phone should be available by November itself.

As far as specs of the Google Nexus 6 are concerned, it has a 6-inch screen with Quad HD display with a resolution of 1440×2560 which comes to around 493 pixels per inch. The processor 2.7GHz quad-core Qualcomm Snapdragon 805 with Adreno 420 GPU, backed by 3GB of RAM. The phone is fuelled by a 3220 mAh battery, which Google claims provides up to 24 hours of battery life. The phone will be available in 32GB and 64GB storage versions.

Motorola is also providing the Turbo Charger gives takes 15 minutes to get up to an additional 6 hours of battery life. The rear camera is 13 megapixel camera with Optical Image Stabilization and HDR+ and the front camera 2 megapixels.

The new OS brings in a massive design change. Developers can add shadows and seams to give visuals on a phone’s screen the appearance of depth. Elements can dynamically shrink and expand, there’s more white space between elements, and there’s an overall 3D look.

Better Battery performance is also going to be a key part of Google L and includes Project Volta which has new tools and APIs to help apps run efficiently and conserve power. There’s also a Battery Historian which will let developers see how their app ends up using power over time.

Nexus 6 will be available in two colours to choose from – Midnight Blue or Cloud White.