Google unveils Chromebit, a candy bar sized, affordable device that can turn your TV into a Chrome PC 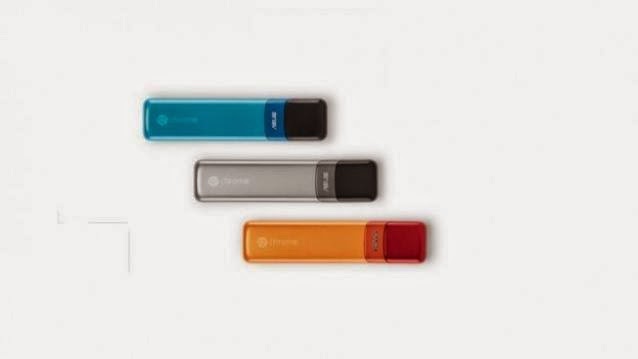 Google has unveiled a new type of Chrome device named Chromebit – a Chrome OS-based dongle which packs in most of the features and specifications of the Chromebook. The device is said to be priced below $100, and can potentially turn any television or laptop into a Chrome PC.

In it’s Chrome blog, Google describes the device as follows: “Smaller than a candy bar, the Chromebit is a full computer that will be available for less than $100. By simply plugging this device into any display, you can turn it into a computer. It’s the perfect upgrade for an existing desktop and will be really useful for schools and businesses. So whether you’re looking for a smaller Chrome device that packs a big punch or a laptop that can do back bends, there’s a Chromebook for you…and for everyone else, too.”

A report by Mashable points point that device does look more like the Chromecast instead of the Chromebook, but the dongle has almost all of the internal components of Google’s browser-based laptops crammed into a stick. The Chromebit, which is made by Asus, includes 2GB of RAM, Rockchip’s 3288 processor and 16GB of storage.

“Asus actually really pulled off a marvel of engineering here, squeezing everything into this size,” said Caesar Sengupta, VP of product management at Google, during a press event at the company’s San Francisco office.

A report by Engadget states that, unlike the Intel stick, the Chromebit’s HDMI end swivels around, so that the dongle does not stick out in an unsightly way behind a monitor or TV. In terms of battery, Google is not yet sure as the device is yet being tested, added the report.

The swivel feature, as pointed out by Gizmodo, means that you can plug it into practically any HDMI socket without needing an extension cable.

“It won’t be the most powerful PC you could plug into a TV, but it shouldn’t be too bad for the browser-based OS. Google also expects it to make quite a splash with small businesses and third-world countries due to price and easy manageability”, Gizmodo added.

The Chromebit, which is said to be smaller than an iPhone 6, is expected to release later this year along with a new range of Chromebooks by Google. It will be available in either silver, blue or orange variants.