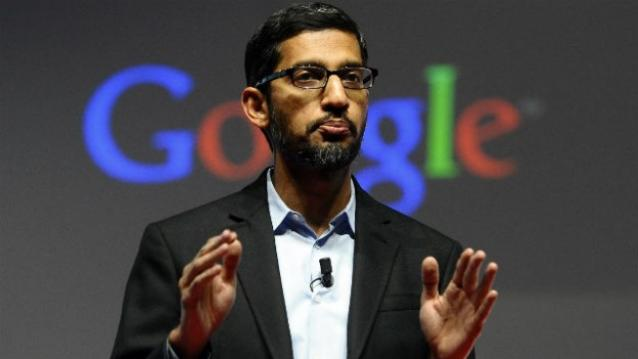 Technology giant Google hopes to bring its Project Loon to India, which will offer affordable Internet access to millions, soon even as the government holds the view that the project will interfere with cellular transmissions of mobile operators in the country.

Speaking at the Google for India event, the company’s CEO Sundar Pichai said: “Project Loon will launch balloons in the sky to help reach out to rural areas.” Elaborating the same, Google Vice President (Access Strategy and Emerging Markets) Marian Croak said the company is “passionate” about building and deploying new Internet infrastructure around the world.

“One of the technologies that we have in our portfolio is Project Loon. It’s a project that we are working on with local telcos all across the world. “And we are testing these high altitude balloons which literally act as almost like floating cell towers… To connect people in hard to reach regions that are scarcely populated and we are working to hopefully bring Project Loon to India in rural communities that have very few people connected to the Internet,” she said.

The statement assumes importance as Communications and IT Minister Ravi Shankar Prasad had recently told Parliament that Google’s Project Loon will interfere with cellular transmissions of mobile operators in India.

“The proposed frequency band to be used in the Loon Project of Google is being used for cellular operations in India and it will lead to interference with cellular transmissions,” Prasad had said in a written reply to the Rajya Sabha on December 11. Croak said the company is working across the world with local carriers, operators and suppliers and does not carry out the project on its own.

“Think of the enormity of bringing billions of people to the Internet and doing it in a way that is affordable and giving them abundant access and the scope of that is too much for any one entity to tackle on its own. “So I always tell my team don’t think of us as having competitors, think of us as only having partners in this arena. We have to work together to solve this problem,” she said. “The core element of Google’s mission is universal access and we drive our conviction and vision from that mission. And its that everyone in the world should have affordable and abundant access to the full and open Internet,” she added.

Google, under its Project Loon, is using big balloons floating at a height of 20 kilometers above earth surface for transmission of Internet services. It has already tested this technology in New Zealand, California (the US) and Brazil. As per Google, each balloon can provide connectivity to a ground area about 40 kms in diameter using a wireless communications technology called LTE or 4G.

To use LTE or 4G, Project Loon partners with telecom companies to share cellular spectrum so that people will be able to access the Internet everywhere directly from their phones and other LTE-enabled devices. Google uses solar panel and wind to power electronic equipment in the balloon throughout the day.