Android Wear: Google looks to the next frontier with new OS designed for the smartwatch 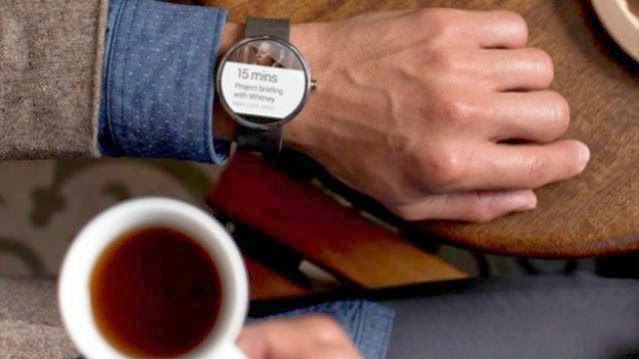 Voice-controlled smartwatches that track heart rates and connect to phones and tablets will debut later this year as Google partners with electronics, technology and fashion companies to take consumers to the next promised frontier in computing.

Google on Tuesday unveiled plans to help develop the watches and other wearable computers based on its Android mobile operating system, which already runs more than three out of four smartphones sold worldwide. Google released an Android Wear Developer Preview saying it would allow software makers to begin creating specialized apps for the watches.

The Android Wear project is open to software makers to create apps for the watches, putting Google at the forefront of efforts to jumpstart the nascent wearable computing market. The news comes as speculation swirls around iPhone-maker Apple’s plans for wearable computers, including a smartwatch of its own. Apple Chief Executive Tim Cook has promised new “product categories” later this year.

LG said on Tuesday it would introduce its first Android watch, the G Watch, in the second quarter. Motorola said its Moto 360 Android watch would be available this summer. Fossil, which makes watches, handbags and other accessories, also announced that it was working with Google on Android devices. Motorola said it would share more details about its forthcoming Moto 360 smartwatch when it holds a special online press conference on Wednesday. Google recently announced plans to sell its Motorola business to Chinese PC-maker Lenovo.

A video posted on Google’s blog on Tuesday showed people speaking into their watches to check sports scores, control music, send replies to text messages and even open their home garages. By aligning itself with a broad spectrum of partners to develop the smartwatches, Google is hoping to replicate the success that helped make its free Android software the most popular smartphone operating system, analysts said.

Many believe wearable computers represent the next big shift in technology, just as smartphones evolved from personal computers, but efforts by various companies so far have had mixed results. Samsung was among the first to sell a smartwatch for consumers, but its maiden effort, the Galaxy Gear, was widely panned by reviewers.

Google’s announcement “definitely gives wearables a status that it’s a market in its own right and it needs to be treated with the respect that a separate operating system branch gives it,” said Carolina Milanesi, an analyst with Kantar World Panel.

Android smartwatches will connect wirelessly to a mobile phone and can be outfitted with a variety of sensors, Google said. That means that apps developed for Android watches will be able to monitor fitness and health information such as a wearer’s heart rate or distance jogged.

Google has also been developing Google Glass, a small stamp-sized screen attached to a pair of eyeglass frames. Google Glass can record video, access email, provide turn-by-turn driving directions and retrieve info from the Web by connecting wirelessly to a user’s cell phone, but it has also raised concerns ranging from privacy intrusions to distracted driving.

Smartwatches have a better chance of catching on with the general public than Google Glass, said Ramon Llamas, an analyst with industry research firm IDC. “It’s a really cool idea, but there’s something that creeps people out about it,” Llamas said of Google Glass. The success of smartwatches will depend on the device’s price, battery life and the appeal of the watches’ designs, he said.

Juniper Research expects more than 130 million smart wearable devices will ship by 2018. Moreover, global shipments of wearable “smart glasses” alone will reach 10 million each year by 2018, compared with an estimated 87,000 in 2013, according to the research firm.

Google, whose projects range from self-driving cars to robots, likely sees smartwatches as part of the future evolution of computing, said Raymond James analyst Aaron Kessler. But he said it remained to be seen whether smartwatches will become an indispensable digital accessory or a “nice-to-have” gadget. “At this point I would still view it as a niche product,” he said.

Among the more than 10 companies that are partnering with Google on Android watches are Samsung, HTC, Asus, Intel, Qualcomm, Broadcom and Mediatek. Qualcomm and its manufacturing customers are working on “multiple” wearable devices based on its Snapdragon processors, spokesman Jon Carvill said. He declined to elaborate. “We’ve barely scratched the surface of what’s possible with mobile technology,” Google said in a post on its official blog on Tuesday. “That’s why we’re so excited about wearables — they understand the context of the world around you, and you can interact with them simply and efficiently, with just a glance or a spoken word.”