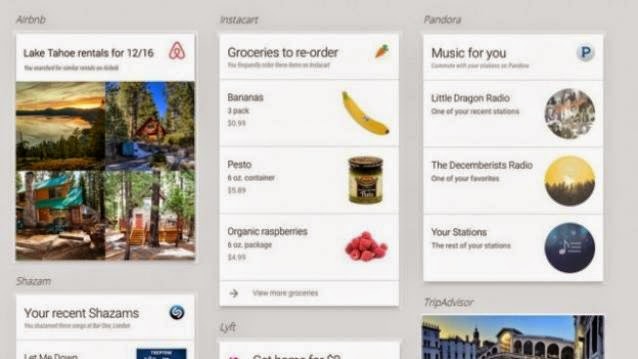 Google Now is known for providing you with contextual information before you even ask for it, using its cards. The company plans to add ‘Now cards’ from 40 new third-party apps to its cards list.

Google has partnered with 40 popular apps to make their versions of Now cards. These apps include news sites such as Guardian and The Economist, travel sites such as Airbnb and TripAdvisor, to even language training apps such as Duolingo. Other supported apps include Shazam, Runtastic, Pandora and so on.

The company has released a page full of sample cards from its partners.

“We’ve teamed up with 30+ developers to bring you these and other new cards, which are rolling out over the next few weeks. Check out some examples on our site—we plan to add more cards and expand this feature over time,” said Google in a blog post.

We will need to wait till the Now cards start rolling out on our phones to be able to say for sure. According to Google, the rollout will start over the next few weeks and one needs to keep the Google app updated.