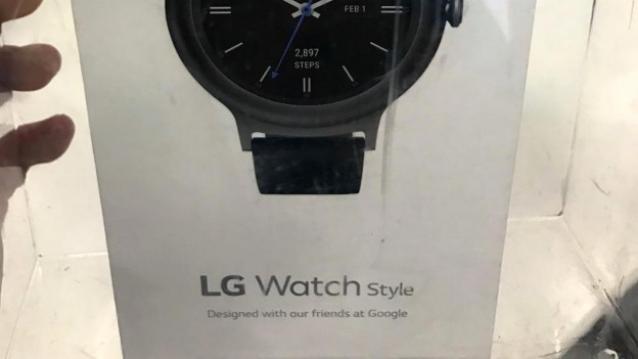 According to 9to5Google, Google is looking at a broader partnership with manufacturers and has currently given it a new tag, “Designed with our friends at Google”.

Indeed, the line drifts closer towards the Nexus line up of smartphones and bit too far away from the stringent Pixel lineup, which although made by HTC is a Google product through and through.
In short, the “Designed with our friends at Google” tag would sit comfortably between the older Nexus lineup and the new Pixel lineup.

The new label was first spotted via leaked retail packaging. A watch, called the LG Watch Style has a label “Designed with our friends at Google” which sits right below the product name, hinting at Google’s plans.

It’s clear from the leaked image that Google wants to be associated with this broader lineup of products which was earlier just limited to smartphones (Nexus) but now seems to encompass smartwatches as well.
And with that label at the bottom, it is clear to say that Google helped co-develop the product in some way or another. Which is where the LG V20 also comes in. The V20 was the only smartphone in recent memory that was launched with the latest version of Android Nougat out of the box. It was also the only other manufacturer-branded smartphone to be advertised on Google Android Nougat website as well, which kind of made it special for LG.

9to5Google also pointed out how Ivyrevel’s announcement of their joint project with Google’s Awareness API also uses the now familiar “friends” branding with the label reading, “Created with our friends at Google”.

So it’s clear that Google is up to something and that it encompasses not just hardware, but software as well.
From a hardware point of view Google could provide guidance or allow for a few customisations in terms of software, which would enable a few manufacturers to launch new smartphones or smartwatches with the latest software version.

We could also see quicker software updates for these products since they have a tie up with Google. At a software level, Google could provide features like Assistant integration in these smartphones with a few added features. But that’s just small thought.

A broader perspective hints at Google assisting OEMs with new technologies to either speed up development or simply help them develop better products. This would be anything from folding smartphones to smarter AI. But at the end it’s the consumer that also benefits with better products and fewer clones.