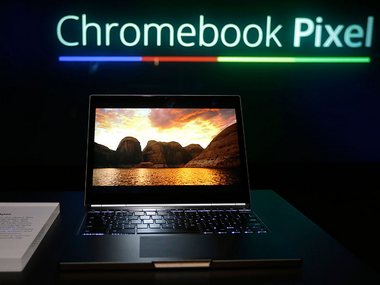 Google is expected to launch a new Chromebook Pixel laptop this fall according to a report by Android Police alongside the Google Pixel 2 smartphone. There is not much information about that as well but it seems to have come out of one of Google’s project code-named Bison the report claims.

This project was originally intended to be a highly-modified Android OS termed as Andromeda. However, the Android Police source is certain that this new laptop will be a Pixel Chromebook, meaning it will run on the ChromeOS and Project Bison may be a different laptop entirely.

According to Android Police, the Bison was intended as a direct competitor to the Microsoft’s Surface Pro series and the Apple Macbook. The laptop has been speculated to have a convertible 12.3-inch screen which could be used in a tablet mode with full 360-degree rotation alongside an optional Wacom stylus. The thickness of the laptop is expected to be around 10 mm while other specs include internal storage of 32 GB or 128 GB and a RAM of up to 8 GB or 16 GB.

As of now, there is no knowledge if this new laptop is the Project Bison or not. The report claims that the Bison may have also evolved into another mysterious Chromebook with the codename ‘Eve‘. More knowledge about this will be available this Fall at Google’s launch event.

Google also plans on unveiling a lite version of its Google Home smart speaker according to a report by Android Police.

All though details about this new Google Home are scarce it is possible that it will compete directly against the Amazon Echo Dot. Even though Amazon has swept the smart home market with its Echo, which comes built-in with the Alexa voice assistant, Google has not been far behind with its Google Home smart home device.