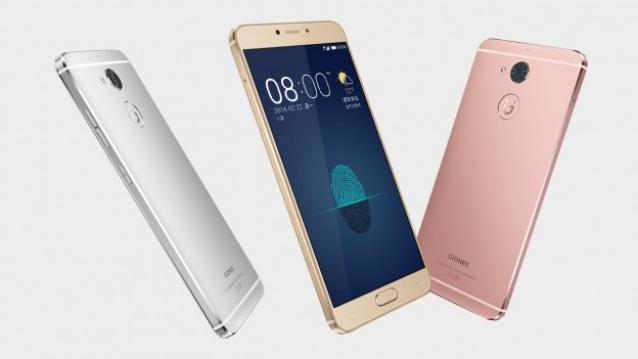 Chinese smartphone maker is all geared up today for the launch of its first selfie smartphone called the Gionee S6s. The ‘s’ in the S6 model name stands for selfie and the smartphone adds to the lineup of the Gionee S6 and S6 Pro (which has yet to be announced). While things have not been confirmed for now, Gionee could launch selfie-centric S6s or the S6 Pro. There’s even a small chance that the smartphone maker may announce its flagship S8 smartphone that goes big on the camera and even features a 3D Touch display.

The one that is getting the most attention for today’s launch is the Gionee S6s. The selfie smartphone is expected to pack in a front-facing flash along with a capable sensor that should help Gionee compete with Oppo’s established selfie series of smartphones. Other details that we could deduct from teasers include the presence of an HD IPS display and the possibility of a 5.5-inch screen.

The selfie oriented smartphone will also come with a fingerprint sensor on the back. Additional details include an 8MP front-facing camera and the base version of Android for the device being bumped up to 6.0 Marshmallow.

As for the other smartphones that could possibly launch today, there is the S6 Pro and S8 which Gionee fans have been waiting for long. The S6 Pro is an upgraded version of the standard S6 model with 4GB RAM and 1.8GHz MediaTek Helio P MT6755m processor.

There is also a small chance that Gionee could show up with its flagship S8, a top of the line model with a 5.5-inch Full HD AMOLED display, that also packs in 3D Touch technology similar to what we have on the Apple iPhone 6s models. The Gionee S8 comes with MediaTek’s Helio P10 or the MT6755 chipset which has an octa-core processor clocked at 1.9GHz. This is paired with 4GB RAM along with 64GB of storage. The smartphone sports a 16MP rear camera with an RWB sensor and an 8MP front-facing camera. We did an initial hands-on of the Gionee S8 and you can have a look at the first look video below.