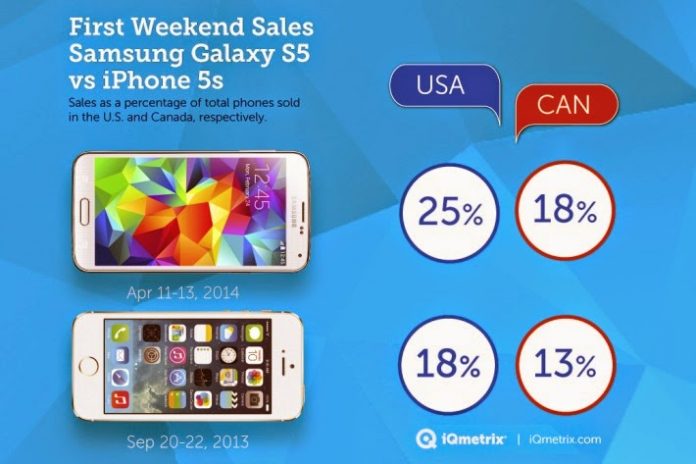 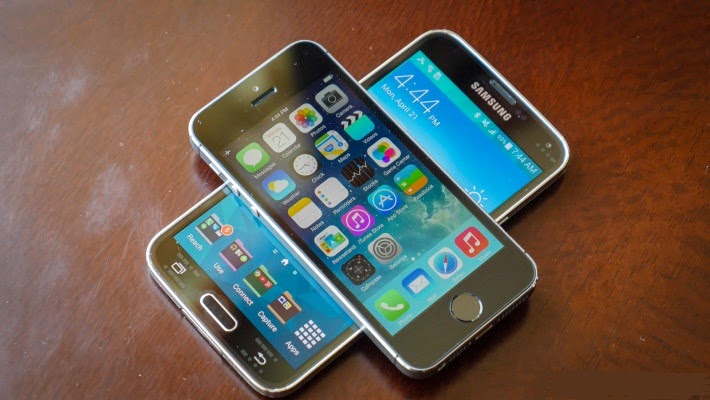 It is thought that Samsung wants to ship at least 35 million Galaxy S5s in the second quarter of this year, which is quite an aggressive target.

These numbers were generated from data samples taken from over 15,000 independent wireless retailers across the North America during the launch of the Galaxy S5 and the iPhone 5S. Initial sales of the Galaxy S5 seem to have been strong and Samsung claims that it shipped 1.3 times as many Galaxy S5s on its global launch day compared with the Galaxy S4. Although this new data is from independent wireless retailers and therefore doesn’t include data from the carriers, it does shed some light on the S5′s reception. In the six months leading up to the launch of the Galaxy S5, sales of the S4 remained strong and even peaked to a near all time high during the holiday season and January 2014. Once the launch of the S5 approached sales dipped by just under 30 percent compared to the Christmas sales high. 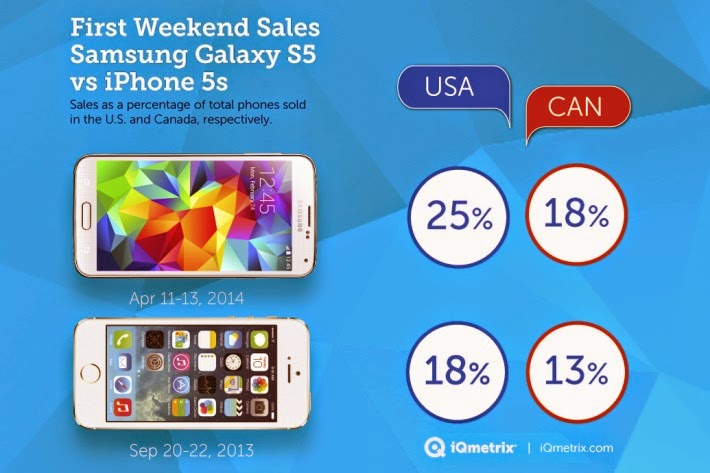 For the iPhone 5 the story is a little different. Sales of the device dropped more progressively over the months running up to the launch of the iPhone 5S and Apple started to see dents in its sales as far back as late July as the rumor mill started producing iPhone 5S rumors. Since Apple completely stopped selling the iPhone 5, something it didn’t do with previous models, and effectively replaced it with he iPhone 5C then the iPhone 5 sales probably aren’t indicative of the overall sales pattern.

It is thought that Samsung wants to ship at least 35 million Galaxy S5s in the second quarter of this year, which is quite an aggressive target especially when you consider that the Galaxy S4 is estimated to have shipped around 64 million units worldwide since its launch.
It is also worth noting that shipments don’t equal sales. Of the 64 million Galaxy S4 devices shipped it is thought that only 40 million have actually been sold! However the S5 may do much better than its predecessor, as Galaxy S4 sales probably suffered from the fact the S3 was so successful and the S4 might not have been such a compelling upgrade.
What about you? Did you upgrade to the Galaxy S5?