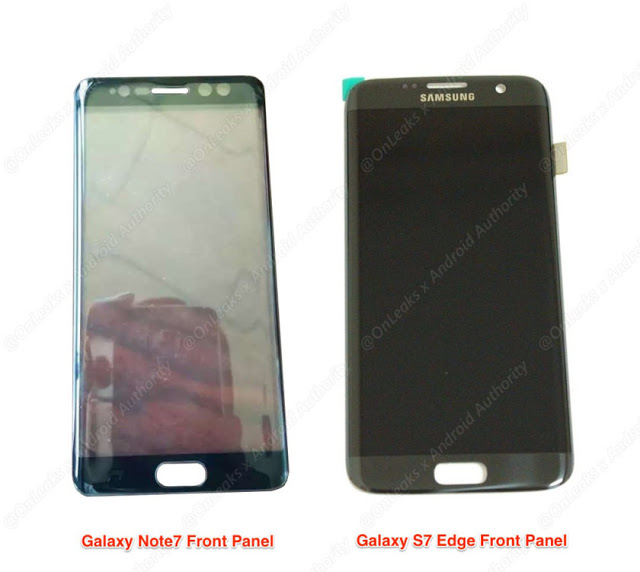 As we approach the mid-point of the year, attention turns towards the handsets that are set to launch in the coming months, and, according to the recent rumour mill, Samsung will be one of the first out of the block with the Galaxy Note 7 in early August.

We’ve seen renders and diagrams before, coupled with information about the purported iris scanner, the confirmed name and some specs, but now we can exclusively reveal the first image of the front of the Galaxy Note 7. 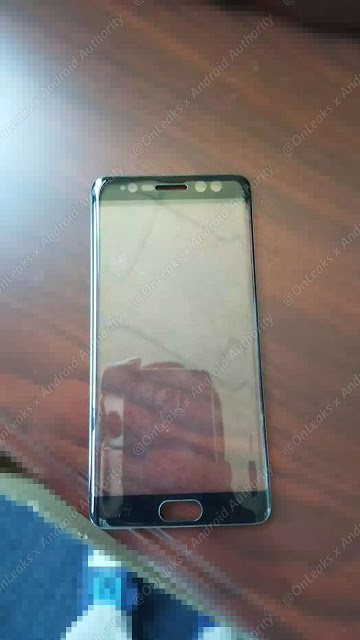 Thanks to our exclusive tipster @onleaks – who has a long pedigree of accurate leaks – the image reveals Samsung’s next Note will have a dual edge panel and will measure 5.8-inches. Furthermore, looking at the top of the smartphone, we can see additional cutouts that weren’t present on the Galaxy S7 Edge which suggests that the iris scanner will be present.

A recent patent application by Samsung showed how its iris scanner would work and suggested that three lenses would be required for accurate recognition, which we can see by the three circular holes at the top of the Note 7. Considering that the iris scanner needs to be mounted above the display, the leak also reveals that Samsung is set to do-away with its logo on the front of the handset, in a bid to reduce the amount of bezel above the screen.

What else do we know about the Galaxy Note 7? Based on other reports, we can expect a 5.8-inch Quad HD dual-edge Super AMOLED display, 6GB of RAM, an improved 12-megapixel camera with dual-pixel phase detection autofocus, and a battery size of between 3,600mAh and 4,000mAh.

What do you think of the front of the Galaxy Note 7? Is an iris scanner a must-have technology in your next device or nothing more than a gimmick? Let us know your views in the comments below!