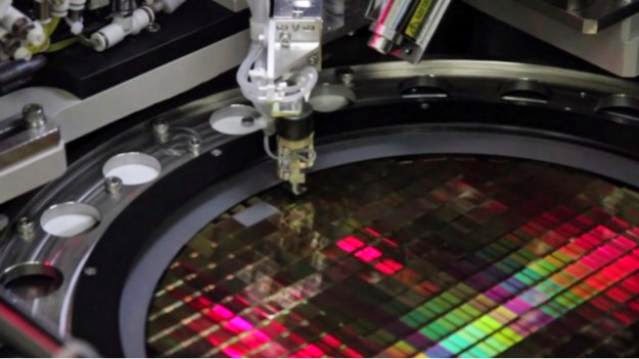 Scientists have developed a new technique that brings inexpensive computers, cell phones and other systems that substitute flexible plastic for silicon chips one step closer to reality.

Researchers at the University of Iowa and colleagues at New York University have made a new proposal for overcoming a major obstacle to the development of such plastic devices – the large amount of energy required to read stored information. Although it is relatively cheap and easy to encode information in light for fibre optic transmission, storing information is most efficiently done using magnetism, which ensures information will survive for years without any additional power.

“So a critical issue is how to convert information from one type to another,” said Michael Flatte, professor of physics and astronomy in the College of Liberal Arts and Sciences (CLAS) and director of the UI Optical Science and Technology Center.


“Although it does not cost a lot of energy to convert one to the other in ordinary, silicon-chip-based computers, the energy cost is very high for flexible, plastic computing devices that are hoped to be used for inexpensive “throwaway” information processors.

“Here we show an efficient means of converting information encoded in magnetic storage to light in a flexible plastic device,” said Flatte.

Flatte and his colleagues successfully accomplish information transduction (or transfer and conversion) between a magnet and an organic light-emitting diode at room temperature and without electrical current flow between the magnet and the organic device.


“The magnetic fields from the magnetic storage device directly modify the light emission from the device. This could help solve problems of storage and communication for new types of inexpensive, low-power computers based on conducting plastics,” said professor Markus Wohlgenannt, also of the Department of Physics and Astronomy and the Optical Science and Technology Center.

Professor Andrew Kent of New York University noted that while these studies were conducted on relatively large devices, miniaturised devices would operate on the same principles and enable new types of high capacity storage technologies.

The study was published in the journal Nature Communications.