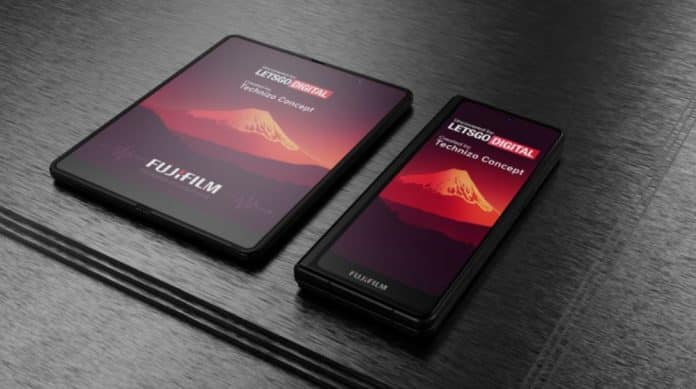 Fujifilm has patented a foldable smartphone with features similar to the Galaxy Fold 3 and stylus support.

With the increasing popularity of foldable phones, many companies are developing foldable smartphones to profit from the buzz and demand. According to a recent patent filing, the Japan-based camera company Fujifilm is also getting in on the action by manufacturing a foldable smartphone with pen compatibility.

The 51-page patent titled “Electronic device and non-transitory computer-readable medium” (quite a mouthful!) was just released after being found by the German magazine LetsGoDigital. It was also added to the database of the World Intellectual Property Organization (WIPO). It describes the device’s design and other specifications and includes plenty of patent pictures.

LetsGoDigital and Technizo Concept used the patent pictures to create high-quality renderings of the smartphone that depict the possible completed product. You can see a couple of them below.

When it comes to the design of the smartphone, the Fujifilm patent covers everything from the CPU and touch screen to the speakers and microphone. According to LetsGoDigital, the device resembles Samsung’s newest Galaxy Fold 3, and Fujifilm even suggested interfaces that will vary depending on the gadget’s folding orientation. Additionally, the smartphone will include Samsung’s App Continuity-like functionality.

Although the company went into significant detail regarding the device’s design, it made no mention of the device’s cameras. However, because we’re talking about Fujifilm, we should expect a powerful camera system. 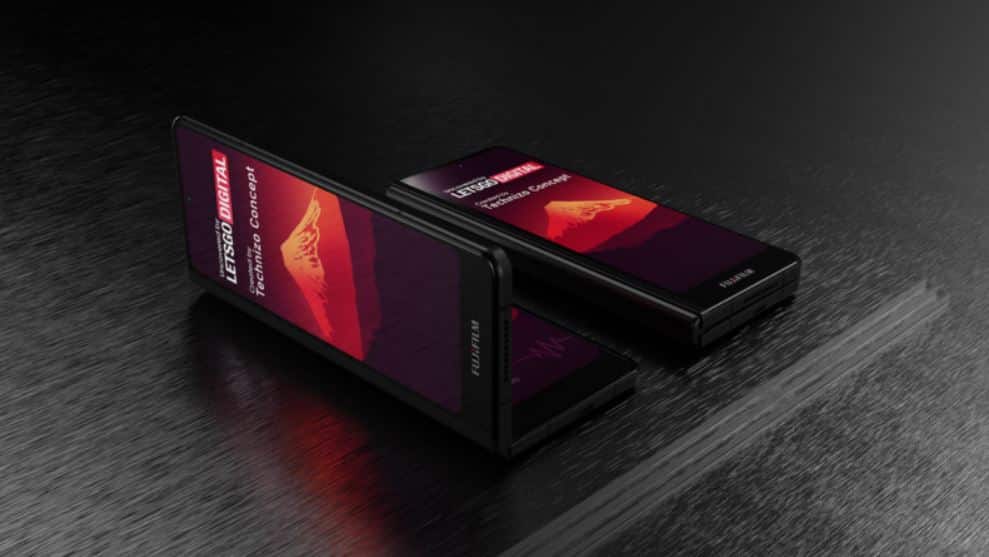 Furthermore, the Fujifilm folding device, like the Galaxy Fold 3, will enable stylus input. Furthermore, the device would be able to fold from 30-degree to 135-degree angles. The outside screen will be switched off to preserve the battery as long as the display is folded at a 30-degree angle.

All of this seems a little unnecessary since that several companies have integrated different unique features into foldable gadgets. For example, Samsung’s Galaxy Fold 3 has an under-display camera (UDC) and IPX6 water resistance, which is rather impressive for a foldable smartphone.

Furthermore, Fujifilm has made no indication of plans to market the concept. However, it is uncertain whether Fujifilm would jump the gun and enter the market to compete with smartphone powerhouses such as Samsung and, perhaps, Google.

So, what are your thoughts on Fujifilm’s foldable device? Will you be able to obtain one if the company brings the product to market? Let us know in the comments section below.

Image credits: LetsGoDigital and Technizo Concept courtesy of the renderers and illustrations.