From sarky to sneaky: How Samsung, HTC and BB reacted to Apple iPhone 6 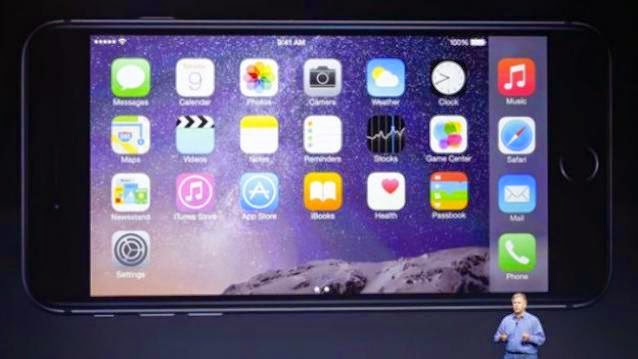 Hate it or love it, when Apple launches a new device it is the talk of town. Call them iSheep or Apple fanboys, there’s already a line outside Apple stores in the US of people waiting to buy the new iPhones.

Apple’s iPhone 6 and iPhone 6 Plus might be late to the big screen, NFC party, but the fact is that everyone wants to give an opinion on the new Apple device. It’s too expensive, you’ll have to sell a kidney to buy this, Android already had this stuff, iPhone 6 is totally worth buying, are some of the common reactions.

But for rivals, a launch as big as the iPhone comes with its own burdens. Some go the Samsung way, which has seen the South-Korean giant aggressively promote the SamsungGalaxyNote4 on Twitter. While Apple Live and iPhone 6 were top trends on Twitter, Samsung’s Galaxy Note 4 was on top because it was promoted by Samsung.

As usual Samsung chose to keep it classy by trolling Apple on the day of the iPhone 6 launch. Check out some of the reactions to Samsung’s tweets below:

Annnd it begins. Samsung is now trending along with a promoted #GALAXYNote4. Someone get me the popcorn.
— Mithun Mukherjee (@infernoespera) September 10, 2014

HTC decided to point out that iPhone 6 had nothing new to offer and the HTC had been doing the same thing long before. They went with a cheeky tweet saying, “Bigger screen. Better performance. Elegant design. Welcome to the party #iPhone6.”

Snarky no doubt, but this would have probably been more effective if HTC had managed to stay in the list of top five smartphone vendors in the world. As numbers have shown, HTC’s big screens, quad-core processors haven’t really boosted sales. Check out their tweet below:

But perhaps one of the most classic reactions was from BlackBerry, which of course still believes that smartphones are just for enterprise. As is evident from their tweet below:

#BlackBerry smartphones are built for #security, delivering peace of mind so you can focus on the task at hand – http://t.co/NAV4wfRQuz
— BlackBerry (@BlackBerry) September 9, 2014

Clearly BlackBerry didn’t get the memo saying smartphones are for taking selfies and sending Snapchats to your friends. Also gaming requests, depending on which game is currently in vogue. Frankly BlackBerry’s tweet was just one of the saddest tweets ones from a rival.

When it comes to trolling Apple, clearly Samsung knows how to do it well, given that they are still the top trend on Twitter. Promoted but still, reminding the world that Note 4 was a phablet before the iPhone 6 Plus.