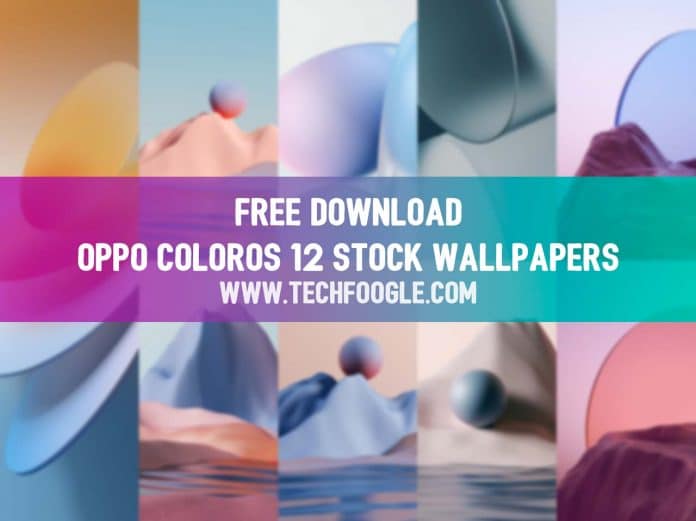 ColorOS 12 Stock Wallpapers: Oppo’s custom skin, ColorOS 12, will be the latest version. It will run on the Android 12 operating system. Oppo, for example, stated today that it intends to launch ColorOS 12 based on Android 12 in mid to late September.

According to a new leak, the ColorOS 12 release date is set for September 13. In addition, ahead of the launch, the company has revealed the forthcoming wallpapers that will be shown on Oppo phones running ColorOS 12. Because of its fluid animations, wallpaper selection, and customization features, Oppo’s ColorOS is one of the finest custom skins in its field. Many new features inspired by Android 12 are believed to be included in the upcoming version of the OS. It also comes with a new collection of wallpapers, which you can download in full resolution here: ColorOS 12 Wallpapers.

ColorOS 12 (beta), which is based on Android 12, will be released sometime after mid-September. It will be one of the most feature-rich custom skins available. Oppo teased its forthcoming skin by utilizing the clock widget that comes with ColorOS 12 yesterday. Oppo has yet to provide any details or features about its next custom skin, ColorOS 12. However, we can anticipate it to have all of the functionality of Android 12 as well as a few tweaks.

The forthcoming ColorOS 12 wallpapers will be no exception. ColorOS 12’s wallpaper selection includes a plethora of stunning pictures. When it comes to numbers, Oppo is pushing 9 stock wallpapers with its custom skin this time. Even if you don’t possess an Oppo phone, you can test out the all-new wallpapers ahead of the skin’s introduction. However, the company has not released any live wallpapers. All of the wallpapers are static and have a resolution of 1440 x 3216 pixels.