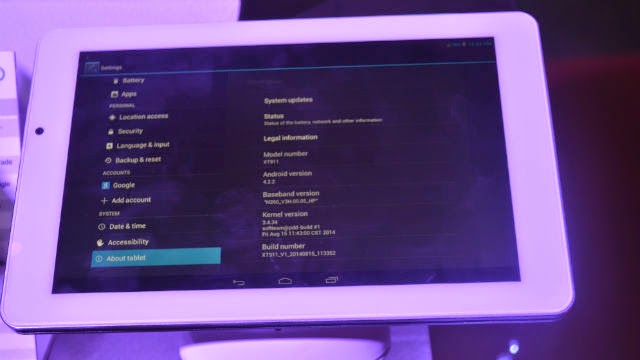 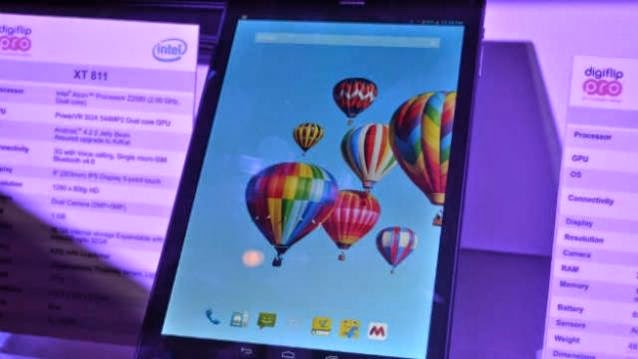 Flipkart, India’s biggest e-commerce website, today strengthened its presence in the devices segment by launching five new tablets in partnership with Intel. All five tablets have an Intel Atom Processor and are under the company’s Digiflip Pro branding.

So what’s Flipkart offering with these tablets? All come with a free Digiflip book case, a 70 percent discount on 1-year subscription of any magazines from the India Today Group, an issue of Reader’s Digest India, discount of 35 percent on on shopping on Myntra’s App, 15 free best-selling eBooks worth over Rs 1,700 from Flipkart.

Here’s our first impression of the Pro XT911 and Pro XT811 tablets.

Design, Style and Screen: The Digiflip Pro XT911 is the biggest tablet in the group. It has an 8.9-inch screen with IPS Display and 1920×1200 full HD display. For a price point of Rs 15,999, this tablet is perhaps the only one offering a full-HD screen with IPS and it is a fairly big screen at 8.9 inches. 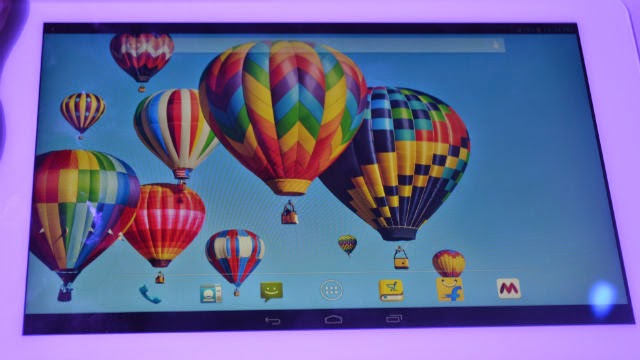 As far as design is concerned, the Pro XT911 has a glass-covered back, comes only in white for now and Flipkart plans to release screen protectors for the back as well. A glass casing on the back cover ensures that the tablet does look good except the only problem is that in a white coloured tablet fingerprint smudges tend to be prominent. In terms of design, it resembles an odd combination of a Samsung meets iPad, except that this is one thick tablet at 8.5 mm and weighs 483g (for 3G voice calling tablet). This is just a little more than the iPad Air (478g). The rectangle with the slight rounded edges isn’t a bad design to continue and the good thing for this tablet is that it doesn’t look too cheap.

Where the Digiflip Pro XT811 is concerned, it has a slightly different design which is kind of odd since you’d expect that a device in a particular series would follow the same design philosophy. The Digiflip Pro XT811 is more similar in design to an HP Voice Tablet with an 8-inch HD screen with IPS. The screen resolution is 1280×800 p and for a tablet that is priced at Rs 10,999, this is a fairly decent price for a device with this screen resolution. 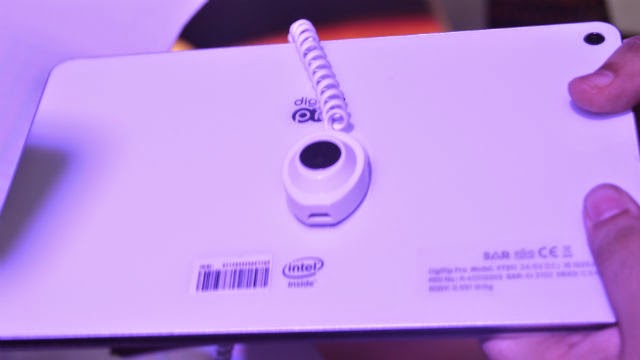 As far as the body is concerned, it’s got an aluminium-finish back body, which is pretty neat since the tablet doesn’t have a cheap, plasticky feel. Interestingly the tablet is available in a Space Blue and marks a break from the Grey and Black tablets that are common in this price range.

Processor, Specs: Both tablets have an 2 GHz Intel Atom Processor Z2580 (Dual Core) with Hyperthreading and dual-core Graphics GPU. The GPU is PowerVR SGX 544MP2. The RAM is 1 GB is the 8-inch tablet, while the 8.9 inch version comes with 2GB RAM. Both tablets come with 16 GB storage space and an expandable microSD slot with 32 GB support.

As far as sensors go, the XT911 and XT901 both have accelerometers, while the XT811 has an accelerometer, Proximity Sensor and Light Sensor. The XT801 only has the Accelerometer. One does wonder though why all the other three tablets don’t have all the sensors that XT811 does.

In terms of RAM, 2GB is a fairly solid amount for a tablet which is priced at just Rs 15,999 and the addition of voice-calling facility along with 3G is definitely a big plus, and in this price range will certainly appeal make this a viable option for some.

Battery and Camera: Both tablets have a five megapixel rear camera and a two megapixel front camera. Clearly Flipkart had hoped to ensure that users who buy these tablets don’t find themselves entirely disappointed and miss out on the selfie fun. 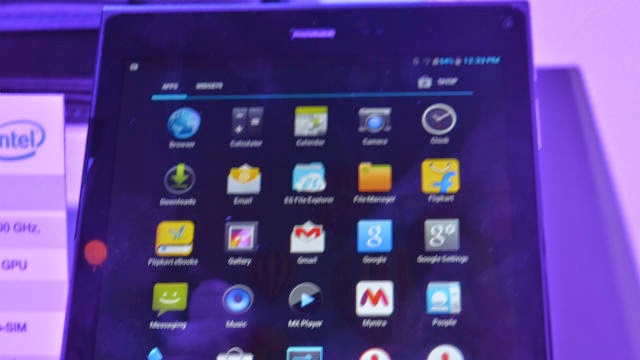 Operating System and other features: All tablets come with Android 4.2.2 version of Jelly Bean which is disappointing to say the least. Flipkart has promised assured upgrade to Android 4.4 Jelly Bean but it’s not sure when this update will roll out.

Given that this is a Flipkart tablet, it also comes with the Flipkart app, the Ebooks App and now the Myntra app (post the acquisition). Other than these three pre-loaded apps, it’s a standard Android app, which as we had discussed earlier when the first Digiflip Pro was launched is both a positive and negative point. Sure a bloatware free Android tablet is a great idea, but then this what also makes it so unexciting.

While the lack of gimmicky features will appeal to purists, for those who want features like multi-window mode in most Samsung tablets or addition to the camera such as a burst-mode, HDR, etc, this is a fairly dull offering.

Flipkart isn’t really offering anything drastic on the software front and that is a serious drawback with self-branded tablets.

Flipkart’s tablets have the advantage of coming with an Intel processor where the brand name is concerned. They also come with voice-calling, 3G option and given that these tablets are under the Rs 16,000 price tag, it’s a fairly solid offer. But whether, specs and Flipkart’s name alone will help boost the sale of these tablets remains to be seen. At the moment, it’s lacking the X factor.