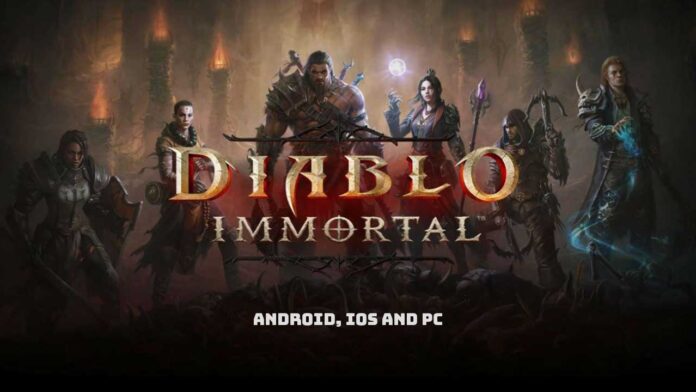 Diablo Immortal will be released for Android and iOS on June 2nd, with a PC version following later.

After announcing the release of a Warcraft game on mobile earlier this year, Blizzard has now officially unveiled a new Diablo title for iOS, Android, and even PC. Diablo Immortal, the title, will be released for iOS and Android on June 2nd, with the PC version following later. Check out the information below to learn more!

New Diablo Game Announced by Blizzard for Mobile and PC

Blizzard has announced the “untold chapter in the Diablo saga” that follows the events of Diablo II: Lord of Destruction on Twitter. Diablo Immortal will provide new characters, stories, and material to the free-to-play MMORPG for fans to enjoy. You can see the tweet that was attached below.

On June 2, Hell is everywhere.

“The Archangel Tyrael is presumed dead, and mankind is left to deal with the aftermath of his actions. Fragments of the shattered Worldstone, still embued with great power, are tainting the land. Diablo’s minions hope to harness that power to allow the Lord of Terror to return,” the title’s description reads.

Diablo Immortal players will be able to travel through eight separate expansion zones, each with its own distinct aesthetic, according to Blizzard. The creators have announced that new zones and material will be added in the future to allow gamers to fully explore Diablo Immortal’s universe.

While Diablo Immortal will be officially published for Android and iOS on June 2, the PC version will go into open beta on the same date. Furthermore, when the PC version is released later this year, gamers’ progress and purchases will be preserved. Furthermore, the tools will be the same on both the mobile and PC versions of the game, and there will be gamepad compatibility, among other things. More information may be found here.

If you want to test out Diablo Immortal right now, you may head to the official website and pre-register for it.