Chrome OS vs Windows: There’s hope yet for PCs, as Microsoft squares up with Google 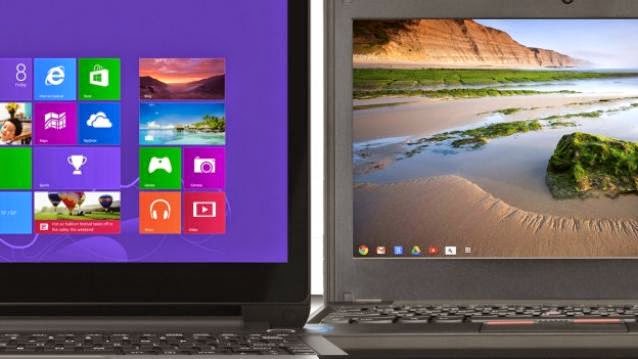 Microsoft has made plain its intentions to rival Google’s cheap Chromebooks and Chrome OS machines with affordable Windows PCs of its own. To this end, the company has removed the license fee on certain Windows devices, and has also roped in hardware partners, who have so far been bullish on Android, and were as a consequence, heavily reliant on Google as a software partner.

Google has shown smarts in the way it has ramped up Chromebook adoption (shipments are expected to increase nearly six-fold in five years), by not straying away from the affordable peg. Chromebooks are by far the most affordable option when it comes to PCs, and the way the OS has evolved allows a lot more flexibility than it did say two years ago. Chrome OS is now a viable PC option, albeit not for professionals who need great computing power, but for casual home or on-the-go work use. In fact, by allowing popular enterprise software to run in virtualisation mode, Google has made Chrome OS suitable for businesses as well.

As Chrome OS adoption increases, Windows PCs have suffered. This is also due to increased reliance on mobile devices such as Apple’s iPhones and iPads, or Google’s Android phones and tablets. PCs have been in a decline for the past several quarters, but that doesn’t mean the market is dead. In the education and business sector, there’s always need for cheap machines for big scale operations. Google’s Chrome OS has become a hit with US schools

In fact, the most recent quarter represents a sliver of hope for PC makers. As tablet shipments declined, PCs can step into the chasm, especially, when they are priced comparably to tablets. Perhaps Google envisioned this void, which is why Chromebooks remain highly attractive propositions, but we would be giving them too much credit. In any case, what’s clear is that Microsoft has now seen some sense in Google’s approach and is giving Windows a similar makeover.

The latest examples are the new Windows devices by Croma, one of India’s biggest retailers. Launched at a very competitive price, the devices – one tablet and a 2-in-1 – offer solid specs and all the basic requirements for using Windows 8.1, which is a vast improvement over Windows 8. Seemingly on cue, LG launched its Chromebase all-in-one, the first of its kind for the Indian market. It’s officially battle time, and one winner is Intel, which is backing fast-paced hardware development on both platforms.

Last month, Microsoft COO Kevin Turner revealed that 7 and 8-inch devices by HP under the “Stream” series will sell for as low as $199, taking on the Google Chromebook head-on at least by price. “We’ve got a great value proposition against Chromebooks, we are not ceding the market to anyone,” he had said.

Another potential advantage is the culmination of the Windows PC OS and the smartphone OS into one unified operating system, which is in the roadmap for Windows 9, as revealed by CEO Satya Nadella last month. So Microsoft is aligning its strategy well ahead of the big battle, possibly the last stand, in the PC market.

Google, on the other hand, is also slowly plodding away, making Chrome OS better suited for more use cases, and also bringing in most major PC makers into the hardware fold. With Chrome OS getting the ability to run Android apps this year, we can see a whole lot more avenues opening up for the OS.

While Microsoft aims to battle Chrome OS, there’s a danger of creating a second-gen Netbook world. Nobody wants that, which is why it’s a tricky path for Microsoft to come down a tier in pricing, to match Chromebooks. Google forced its hand, but Microsoft has so far made wise wagers, and is biding its time. It could just work.