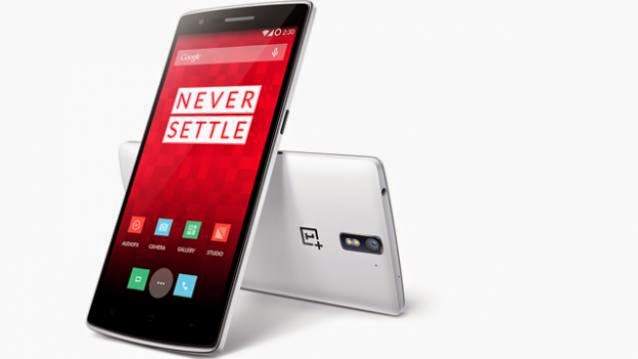 Following the entry of Xiaomi, and Oppo last year, Chinese smartphone newbie OnePlus is now eyeing India. The company will release its first and only smartphone dubbed the One in India, but hasn’t presented any details of price and availability yet.

While there’s no word on when the phone will come, we can take a punt at its Indian price thanks to its international price tag. Starting at $299 for the 16GB model and $349 for the 64GB variant, we can expect competitive pricing in India. The 16GB could retail for under Rs 20,000 and close to Rs 18,000, which would put it directly against the Mi 3. The 16GB model is probably the only variant that will hit India, considering there are no 64GB Android phones in the market.

The One definitely has the edge over the flavour of the season, the Xiaomi Mi 3. It runs a faster, more power efficient SoC in the Snapdragon 801, boasts 3GB of RAM and has a larger display. It also has the software differentiation and with CM under the belt, you can expect massive customisation options right out of the box, without sacrificing the stock Android look and feel. MIUI, in comparison, is a world apart from CM considering how dramatic the changes are to the stock UI. So for those uncomfortable with the shift to something like Xiaomi’s UI, CM is a great alternative.

While the specs and the potential price sound mouth-watering what remains to be seen is how big of a launch OnePlus will make in India. There are some doubts about whether the fledgling company can scale up its production of phones for a big market like India. It will need to have considerable units on sale to have any impact at all. That’s something even Xiaomi has to realise.

And there is criticism too, with the way the company has handled the invite-only system, which means you can only buy the One if you have an invitation. That sounds needlessly complicated and will not work in a market like India, where new brands are coming nearly every week. With options aplenty, we really doubt people would wait around for an invite to buy the OnePlus One. Not unless the price is Mi 3-esque.

Xiaomi has already shaken up the Indian smartphone market, and if OnePlus manages to launch in volume, then we would have another contender. Indian smartphone brands are already under pressure, and from big brands too, not just newcomers. So it’s set to be a highly competitive market, and possibly, even more aggressively priced than now.