Chinese company LeTV to debut in India on 5 January 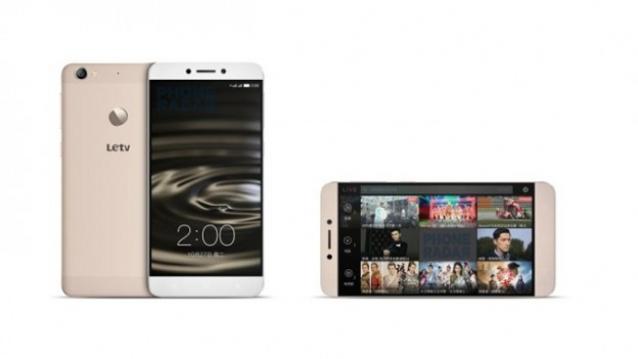 Chinese internet company LeTV is all set to make its India debut on 5 January and the company has already started to send out media invites for an event that is scheduled to take place in New Delhi.
LeTV was founded in 2004, and within a span of 10 years, it has gotten into various verticals such as live streaming, cloud computing, e-commerce, smart TVs and so on. The company launched its first premium smartphone earlier this year in the Chinese market, calling it the Superphone. So far the company has launched around four phones: Le 1, Le 1 Pro, Le Max and Le 1s.

While there is no news on which exact phone model will be launched in India, there were reports of LeTV testing the Le 1s here. In terms of specifications, the Le 1s is a dual-SIM phone with support for dual standby and dual 4G connectivity. Le 1s comes with a fingerprint scanner that claims to recognise your fingerprint in 0.15 seconds.


It sports a metal unibody and a 5.5-inch Full HD display. The internals include the MediaTek Helio X10 processor clocked at 2.2GHz, coupled with 3GB RAM. It also gets 32GB onboard storage. Measuring 151.1 x 74.2 x 7.5mm, it weighs 169grams. In terms of camera, it gets 13MP rear and 5MP front-facing cameras. The rear camera features phase detect autofocus (PDAF) technology and f/2.0 aperture that claims to focus in just 0.09 seconds. The device runs Android 5.1 Lollipop that is based on the company’s eUI 5.5. The phone comes with an IR Blaster and a pre-installed Remote Control app. A 3,000mAh battery completes the package. It is priced at CNY 1099 which is approx Rs 11,000.

Earlier this year, LeTV also launched three USB Type-C Superphones. The LeTV Le 1 sports a 5.5-inch full-HD display with a 1080 x 1920 pixel resolution. It includes a pixel density of 403ppi. The device is powered by a 64-bit MediaTek Helio X10 octa-core processor clocked at 2.2GHz and paired with 3GB RAM. The smartphone will be available in 16GB, 32GB and 64GB inbuilt storage variants.

The LeTV Le 1 Pro features a 5.5-inch QHD display with a 1440 x 2560 pixel resolution along with a pixel density of 538ppi. The device is powered by a 64-bit 2GHz octa-core Qualcomm Snapdragon 810 processor paired with a 4GB RAM. The device will be available in 32GB and 64GB storage variants.

The LeTV Le 1 Max phablet features a 6.33-inch QHD display with a 1440 x 2560 pixel resolution along with a pixel density of 464ppi. It is powered by a 64-bit 2GHz octa-core Qualcomm Snapdragon 810 processor paired with 4GB RAM. The device will be available in 64GB and 128GB inbuilt storage variants. The device sports a whooping 21MP rear camera with OIS, Sony IMX230 sensor, dual-LED flash along with a 4-UltraPixel front-facing camera with an f/2.0 aperture.