Intel 12th Generation Processors: Intel has introduced the new 12th Gen Intel Core H-series mobile and desktop CPUs at the current CES 2022 exhibition. The new mobile CPUs are based on Intel’s top-of-the-line Core i9-12900HK processor. This processor is said to be the world’s fastest and greatest mobile gaming platform. 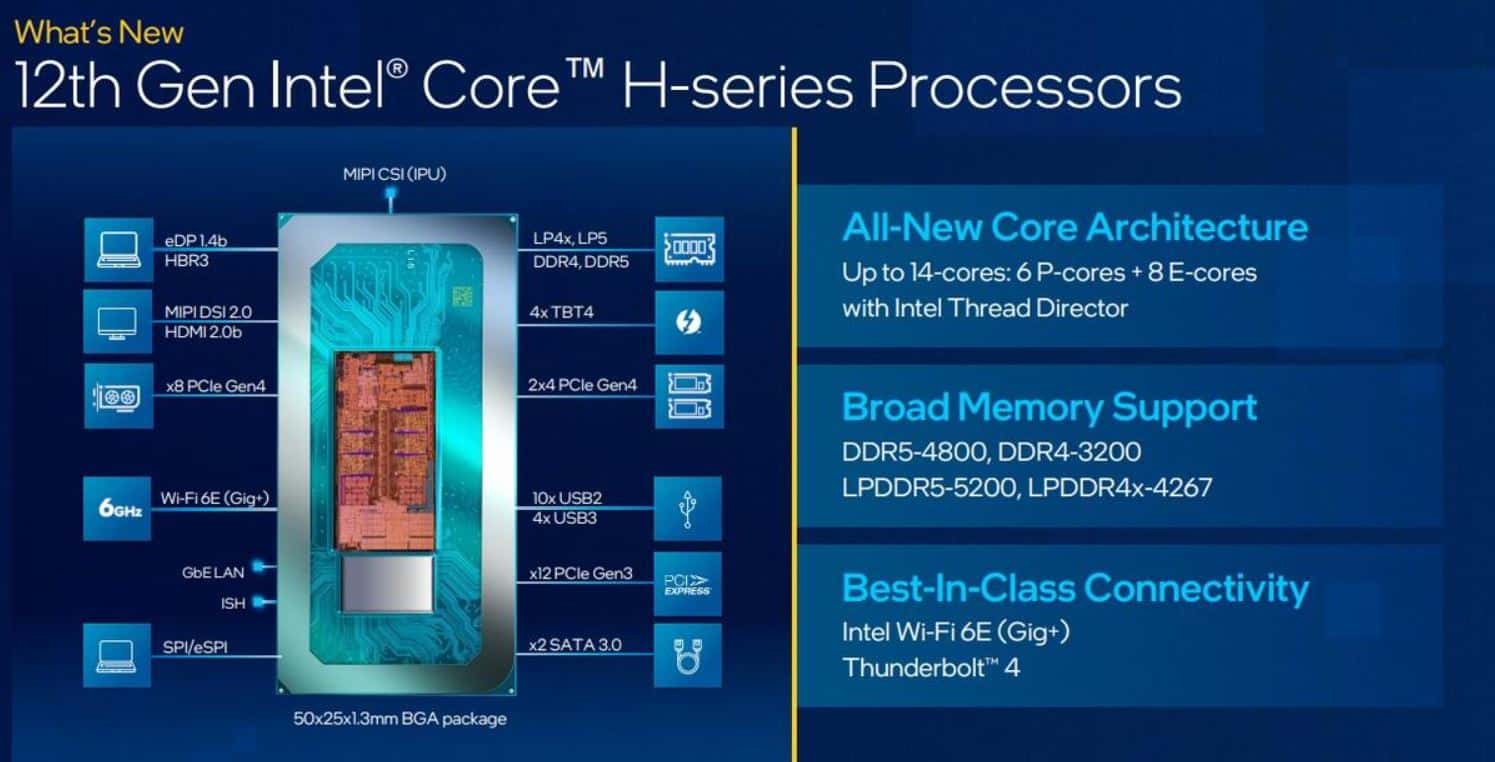 The new 12th Generation Intel Core mobile CPUs are based on the Intel 7 technology and are said to be 40% quicker than the preceding generation.

The flagship CPU is projected to boost system performance for single and multi-threaded programmes, for which Intel has coupled the Performance-cores (P-cores) and Efficient-cores (E-cores) with Intel Thread Director. The Intel Core i9-12900HK processor has a clock speed of up to 5GHz and 14 cores (6 P-cores and 8 E-cores).

The processor can give up to 28% faster gaming performance and can even increase performance for content makers by enhancing 3D rendering speed by 43%. It also supports DDR5/ LPDDR5 and DDR4/ LPDDR4 modules, which is a first for the H-series CPUs.

Furthermore, the new 12th Gen Intel processor provides a three times quicker connection, supports Wi-Fi 6E, and Thunderbolt 4 for higher transfer speeds. It is also supposed to give “desktop-calibre” performance and is aimed at gamers, producers, and even engineering experts. It will begin delivering devices in February 2022.

The U- and P-series mobile CPUs have also been disclosed by Intel. These CPUs have Intel Iris Xe integrated graphics and up to 14 cores and 20 threads. The U-series CPUs run at 9W to 15W and are designed for thin and light laptops, whereas the P-series processors operate at up to 28W and are built for lightweight performance-focused laptops. In 2022, foldable, 2 in 1s, detachable, and other gadgets will use the CPUs.

The 65-Watt CPUs are accompanied by the new Intel Laminar Coolers. Intel has also launched the new Intel H670, H610, and B660 chipsets, which have Z-series CPU features such as PCIe 4.0 lanes, integrated Intel Wi-Fi 6E (Gig+), Intel Volume Management Device (VMD), the ability to overclock the RAM, and more.

Asus ExpertBook B3 Detachable 2-in-1 Laptop with Snapdragon 7c Gen 2...