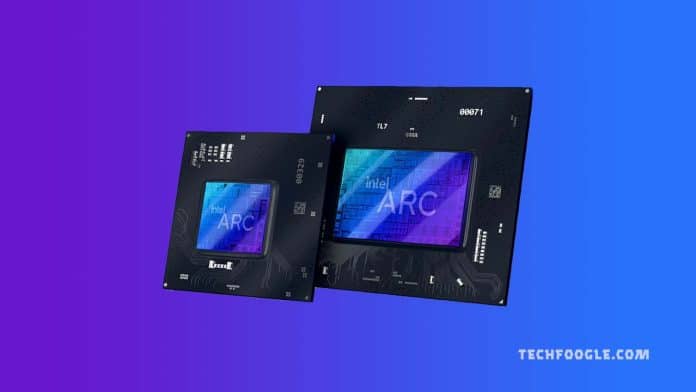 Intel First-Generation Arc Alchemist GPUs: Intel stated in August 2021 that it will be releasing its range of high-performance gaming GPUs to compete with AMD and Nvidia. Since then, many stories and leaked photographs of Intel’s much-anticipated Arc GPUs have surfaced on the internet. Today, the chipmaker announced that the first batch of Arc Alchemist GPUs for desktops and laptops has begun delivering to OEM partners.

Intel revealed during its CES 2022 presentation that the first-generation Arc Alchemist discrete GPUs have begun delivering to top manufacturers including Samsung, Lenovo, MSI, Acer, Gigabyte, Haier, HP, Asus, and others. Although Intel did not provide a date for the availability of Intel Arc-powered workstations, Lisa Pearce, Vice President and General Manager of Intel’s Visual Compute Group, stated that over 50 laptops and desktops with Intel Arc GPUs will be available in the coming months.

The Intel Arc GPUs are designed to provide high-end performance for gaming and graphic-intensive creative work, according to their specifications and characteristics. Hardware-based ray-tracing, variable-rate shading, mesh shading, and DirectX 12 Ultimate compatibility will all be included.

Intel also claims that owing to XeSS, the company’s AI-based supersampling technology, its GPUs will be able to upscale low-res visuals to high resolutions without placing a lot of strain on the graphics processing unit. Furthermore, the business has stated that the next GPUs would not be limited in their crypto mining capabilities.

There is currently no information from the firm on the price or commercial availability of the Alchemist GPUs. During the presentation, Intel revealed that laptops with Intel Evo branding and 12th-Gen Intel Core H-series CPUs will require discrete Arc GPUs. As a result, mobile versions of the new Arc GPUs are expected to be available soon.