CES 2017: Qualcomm, Intel, Xiaomi and other company keynotes you need to keep a track of 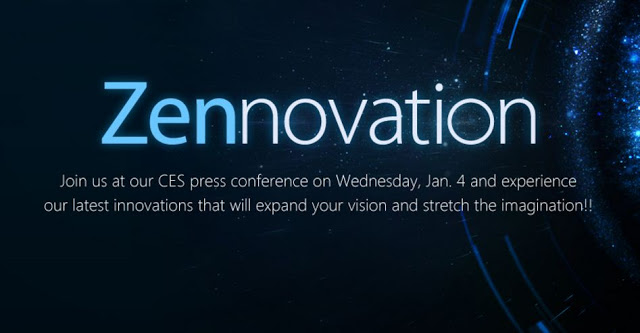 The now famous Consumer Electronics Show (CES) is just around the corner and we are already seeing companies starting to announce their plans for the grand event. Scheduled to be held in Las Vegas from 5 – 8 January, CES 2017 will see all the major technology companies participating.

As has been the trend in the past, a lot of companies have their keynotes one or two days before CES begins. It is no different this year. So if you are looking forward to the show and do not want to miss out on the announcements as they happen, we have a calendar ready just for you.

Intel is expected to unveil its latest generation processor parts to help “unlock potential, connect us to our passions, our curiosity, our need to express ourselves, and to make amazing experiences possible.” From Intel’s CES 2017 announcement page it is clear that the company will also be focussing on IoT and 5G and related end-to-end solutions. Intel CEO Brian Krzanich is expected to host a unique keynote using virtual reality, to show how consumer electronics isn’t just about gadgets but also touches upon other aspect of our lives as well as industries.

We’re powering up for #CES2017 with #Snapdragon 835. pic.twitter.com/tiddquZNnZ

Qualcomm is all set to unveil its latest flagship chipset — the Snapdragon 835 — on 3 January at CES. The San Diego-based chipmaker is already teasing its announcements on its Twitter page, hinting at improvements in the battery and camera areas. We already know that the Snapdragon 835 will be made on the 10nm process node in partnership with Samsung, and that it will support Quick Charge 4 technology. Rumours are already flying around that a Snapdragon 835 chipset will be seen in the upcoming Samsung Galaxy S8, Xiaomi Mi 6 and Oppo Find 9. We will find out more details on Snapdragon 835 on 3 Jan. In addition to this, there will be a keynote address by Qualcomm CEO Steven Mollenkopf on 6 January.

Join us as we usher in a new year of technology innovation at #CES2017 https://t.co/0kT5rCGh4g pic.twitter.com/ezilXu8Cmp

Nvidia founder, president and CEO Jen-Hsun Huang is expected to give his maiden CES keynote address. The graphics card maker is expected to show off its latest Shield Android TV set-top box along with a bundled controller supporting Bluetooth LE and improved battery optimisations. Another rumour hints at the Nvidia GeForce GTX 1080Ti unveiling which will focus on 4K gaming. Apart from this, announcements are also expected on what Nvidia is up to on the deep learning, artificial intelligence, self-driving cars, virtual reality and the gaming front.

Chinese smartphone and telecom equipment maker Huawei is expected to be present at CES 2017. Huawei’s CEO of the consumer business group Richard Yu is expected to give a keynote address on 5 January. According to the invites sent out, there is no clear indication as to which product will be launched. But the release mentions that Huawei will be touching upon its “global model of innovation, which taps into the strengths of each country and region and encourages collaboration with the adoption of the latest technologies and techniques. Through his keynote, attendees will learn about Huawei’s plans for the future of mobile – one that integrates the latest in artificial intelligence, virtual reality and connected technologies and pairs them with elite global partnerships and sustainable product development.”

Huawei’s smartphone brand Honor is expected to unveil a new smartphone, which will be available for the global market. This phone will launch on 3 Jan.

Samsung will be present at CES, but there isn’t a clear indication as to the product that will be announcing. We know for a fact that it will not be the Galaxy S8, as that would be revealed at the Unpacked 2017 event closer to the Mobile World Congress in February. The company will be having a CES press conference on 4 January. Online speculation hints at a new range of TVs as well as home appliances. Samsung is expected to introduce an Ultra High Quality audio standard, release a 4K Blu-ray player, a quantum dot curved monitor, a wind-free wall mounted AC, a robotic vaccumm cleaner which is compatible with Amazon Echo and more.

Lenovo is a regular presence at CES. The company already has an events page up on its site counting down the days to CES. It turns out that Lenovo does not want to wait till the event begins, and has already announced a new range of ThinkPad family members with the 7th gen Intel processors. Products unveiled so far include, ThinkPad Yoga 370, ThinkPad T470, T470p, T470s, T570, ThinkVision P27h monitor, ThinkPad Thunderbolt 3 dock, ThinkPad USB-C dock. 2016 has been good for Lenovo and we saw some innovative products from the company such as the Lenvo Phab2 Pro, Lenovo Yoga 910, Lenovo Yoga Book and on the Moto side there were the Moto Mods. This tweet hints at around 8 new device launches at CES 2017. We will have to wait and watch.

Chinese smartphone and consumer electronics company Xiaomi is making its debut at CES 2017. While Xiaomi has not announced which product it will be releasing, it has been tweeting out some teasers. So far, we know that there will be something in the Smart Home segment that will be announced. One teaser shows a graphic of a living room with many gadgets, hinting at the ‘many sides of Mi’. Yet another teaser shows an outdoor scene with one guy on what seems like an electric bike and another guy on a Ninebot mini with a part of the tweet saying ‘It’s going to be a fun ride’, and so on. There are rumours that Yi 4K+ action camera will be launched. We will have to wait toll 5 Jan to see what’s in store.

Asus is planning to hold its Zennovation event on 4 January where it is expected to launch its new devices. While not much was known till now, but it seems like Qualcomm may have leaked the start product of the Zennovation event launch – Asus ZenFone AR. The Asus ZenFone AR will be powered by Qualcomm’s Snapdragon 821 chipset and it will support Project Tango as well as Google Daydream. This makes the ZenFone AR the second Tango smartphone after Lenovo Phab2 Pro and the first phone outside the Pixel lineup to support Daydream VR platform. We shall know more tomorrow. Asus has already started a countdown on its website. 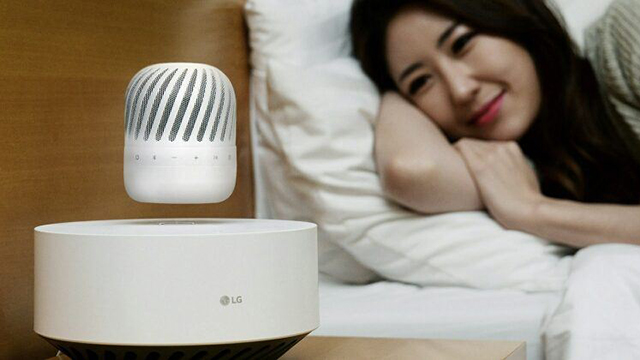 South Korean giant LG has already starting announcing products that will no doubt be seen at CES 2017. We already know about the levitating speakers and on the neck speakers. It is expected to reveal a range of smart home appliances with deep learning capabilities, which will help them observe your behaviour and adapt their tasks accordingly. Just like Samsung, LG is also expected to release a robot vaccumm cleaner as well, a refrigerator, washing machine, air conditioner, 4K OLED TVs, new projectors and so on. Each of the home appliances will have some intelligent machine learning systems associated with them. In terms of smartphones, there hasn’t been much speculation online. Just like Samsung, maybe LG is saving the smartphones for MWC in February. LG has to yet update its product launch schedule for CES. We will update accordingly.

Rumours are suggesting that HTC will be launching a Wireless Vive 2 at CES 2017. The Vive 2 is expected to come with a wireless transmitter to connect to the PC and it will house two 4K displays with a refresh rate of 120Hz instead the 90Hz used on the current Vive. On its Twitter page, HTC has no updates regarding CES 2017, but this tweet hints at some new product launch on 12 January. There is no keynote or event schedule for HTC up yet.

Electric car startup Faraday Future has been teasing a camouflaged vehicle on its Twitter page. This will be revealed on 3 January and you can catch the live streaming of the unveil on ff.com. Recently, there was news hinting at how Faraday Future backer and LeEco founder Jia Yeuting was running out of cash to fund the Faraday Future plant. Faraday Future has called it negative press pessimism, and has claimed that it will only strengthen its resolve to ‘redefine sustainable mobility‘.