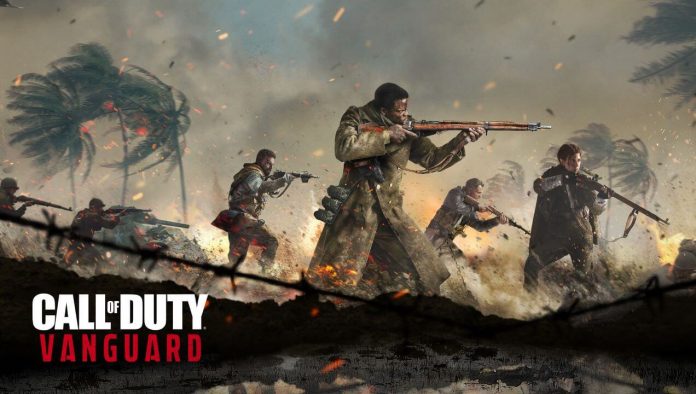 Call of Duty Vanguard release date: On November 5, Call of Duty: Vanguard, the next installment in the Call of Duty franchise, will be released. Indian price, PC, PS4, PS5, Xbox One, and Xbox Series S/X trailer disclosed return to World War II.

The single-player narrative in the upcoming Call of Duty game will tell the tale of Task Force One, a multinational special forces unit. Task Force One, which includes men from the British Army, the Red Army, and the US Navy, will travel to and conduct conflicts in four World War II theatres: Western Europe, Eastern Europe, the Pacific, and North Africa. In the Call of Duty: Vanguard reveal video, you can discover more about Task Force One and their quest.

Sledgehammer Games, the creators of Vanguard, have promised 20 online multiplayer maps at launch, with 16 of them designed for “core gameplay.” A new Caliber system creates “immersive and reactive surroundings,” which affect destruction and firing rate. It also promises unprecedented weapon customization owing to an improved Gunsmith. The 2v2 Gunfight mode from Call of Duty: Modern Warfare will return in Call of Duty: Vanguard. More information will be released during the Open Beta, which will take place between September 10 and 20, according to a prior leak.

(also see: Netflix will provide Games for free on its streaming platform, according to a Report)

Later in 2021, Call of Duty: Warzone will receive a new primary map, which will aid in the integration of Call of Duty: Vanguard. Following that, the two games will share post-launch content like new maps, modes, events, and playlists. Vanguard will enable universal progression with Call of Duty: Modern Warfare and Call of Duty: Black Ops Cold War. That means you may earn Rank and Battle Pass by playing any or all of the four current Call of Duty games.

Johanna Faries, Activision’s general manager for Call of Duty, stated in a prepared statement that “Call of Duty: Vanguard is primed to deliver a stunning range of gameplay experiences for the entire Call of Duty community.” “Vanguard’s breadth of content is a hallmark of the title, with more multiplayer maps on day one than ever before and the first Zombies crossover in Call of Duty history. Warzone fans will also experience a host of exciting new things to come as part of the new launch. We can’t wait to share more soon.”

Although the game starts at Rs. 3,999, the “Standard Edition” only includes the PS4 or Xbox One versions. If you own a PS5 or Xbox Series S/X, you’ll need to pay Rs. 4,999 for the “Cross-Gen Bundle,” which ensures you receive a Vanguard version that’s optimized for your system. Many bonuses are also due. The Rs. 6,699 “Ultimate Edition” comes with even more pre-order extra content. PC players may choose between the $60 Standard Edition and the $100 Ultimate Edition (about Rs. 7,450).