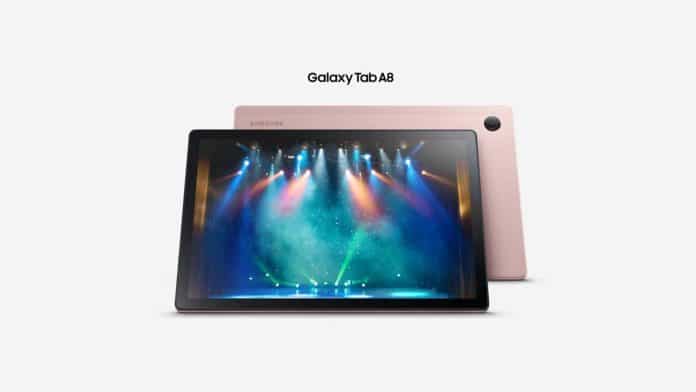 The Samsung Galaxy Tab A8 is now available at an affordable price; find out more!

The Galaxy Tab A8 is the latest addition to Samsung’s low-cost Galaxy Tab A line of tablets. The tablet replaces the Galaxy Tab A7 from last year and features a faster CPU, greater storage, and quad stereo speakers, among other features. Take a peek at what’s available.

A 10.5-inch TFT display with a screen resolution of 1,920 x 1,200 pixels and a 16:10 aspect ratio is included with the Galaxy Tab A8. Although it is quite thick when compared to the Galaxy S7 tablet range, it does have narrow bezels to improve the viewing experience. The tablet is equipped with an octa-core processor that boosts CPU and GPU performance by 10% over the previous model (Snapdragon 662).

Samsung has increased the amount of RAM and storage available this time. Users have the option of selecting up to 4GB of RAM and 128GB of storage. A memory card may be used to enhance the capacity by up to 1TB. The camera setup is similar to its predecessor, with an 8MP rear camera and a 5MP front camera.

It runs Android 11 and is powered by a 7,040mAh battery with 15W fast charging capabilities. A USB Type-C connector, quad stereo speakers with Dolby Atmos, Wi-Fi 802.11 a/b/g/n/ac, Bluetooth version 5.0, a 3.5mm audio jack, GPS, Face Unlock, and other features are included on the Galaxy Tab A8.

Multi-Window, Drag & Split, Samsung Knox security, and access to Samsung Plus for online and live entertainment are all included. It also includes a two-month trial of YouTube Premium. A new Screen Recorder function on the tablet allows users to capture critical video sessions or even themselves.

Gray, Silver, and a new Pink Gold colour choice are available on the Samsung Galaxy Tab A8. It will arrive in Europe by the end of this month, and additional markets will follow in January 2022. While no pricing has been announced, the tablet is believed to be in the sub-Rs 20,000 range in India. We’ll keep you updated on its availability in India as soon as we have more information.