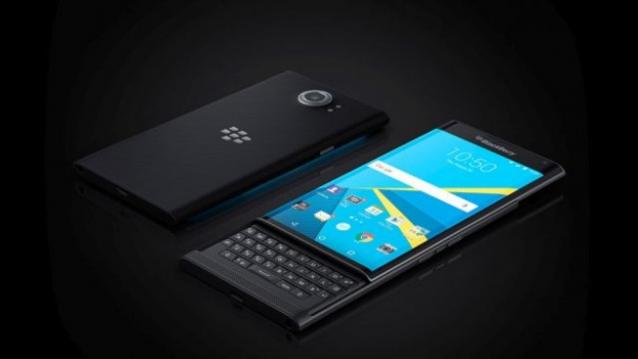 BlackBerry has announced its latest Android-powered handset the BlackBerry Priv is available for pre-order and starts shipping early November. According to a post on the official BlackBerry blog, the company said that the device brings ‘the best of BlackBerry security, privacy and productivity to the Android ecosystem.’

The Priv is the first smartphone by BlackBerry that is powered by an operating system other than its own. The device is now listed on the BlackBerry website and is available for pre-order starting at $699 and will ship from 6 November in the US.

The Priv comes with added security to let you know when your data could be at risk, so you can take action to improve it. In terms of specifications, the Priv features a slim design with a slide out physical keyboard, similar to the earlier BlackBerry Torch, but with a more elegant design. 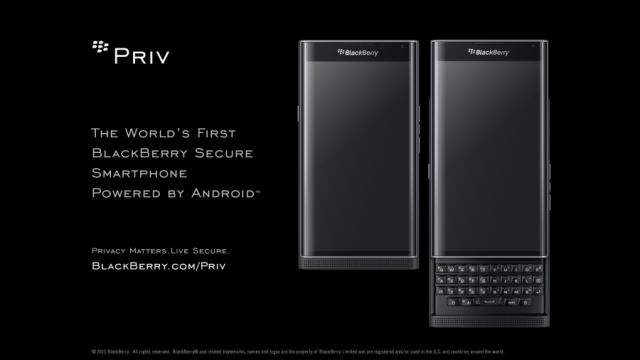 It has a 5.4-inch dual-curved WQHD Plastic AMOLED screen similar to the Samsung Galaxy Edge series. The display has a resolution of 2560 x 1440 pixels with a density of 540 dpi. In addition, the device is powered by  a Qualcomm Snapdragon 808 Hexa-Core, 64 bit processor with an Adreno 418, 600MHz GPU.

An 18 MP dual-flash Schneider-Kreuznach certified camera is expected to deliver crisp images. The device has 3GB low powered RAM and internal storage of up to 32 GB, but is expandable via the microSD card slot of up to 2 TB.

A 3410 mAh battery on the Priv gives up to 22.5 hours of battery life according to BlackBerry.
According to BlackBerry, the Priv ‘comes pre-loaded with the brand new BlackBerry DTEK application, designed to help you manage and protect your privacy.’ It tells you which apps access your personal data and shows the overall security of your device based on factors such as the strength of your password, your encryption settings and the apps you have installed. DTEK even makes recommendations on how you can improve your overall security rating.

Security has been a constant problem with the Android operating system. More recently, it was reported that nearly 1 billion Android devices were vulnerable to the Stagefright exploit.
The Stagefright vulnerability is said to be the biggest Android security problem for years now. The exploit leaves almost 95 percent of all Android users susceptible to attacks. Just a month ago, we read how Google and Samsung were working together to deal with Stagefright.

The Stagefright bug lets attacker remotely execute code using multimedia text messages, and in most cases the users doen’t even see the message.

Given the popularity of the Android operating system, and the need for the highest levels of security by establishment, governments and enterprise customers, we wonder how BlackBerry would position its new Android smartphone.