Days After Its Release, Battlefield 2042 Becomes One of Steam’s worst-rated Games

Following the early release of Microsoft’s Halo: Infinite multiplayer beta, EA launched Battlefield 2042, their long-awaited FPS shooter, last week. Despite having great hopes for the game, EA is undoubtedly disappointed, since Battlefield 2042 quickly became one of the lowest-rated titles on Steam. The game now has just 27% favorable ratings on Steam and has earned a spot on the list of the top 100 worst-rated Steam games of all time.

If you’ve been living under a rock, Battlefield 2042 was first shown at E3 2021 earlier this year. On October 22nd, the title was intended to be released. However, the game was postponed shortly after EA disclosed the game’s minimum and recommended system requirements, and the developer confirmed that Battlefield 2042 will be released worldwide on November 19.

After the game was launched on the market, it appears that users did not enjoy it as much as they had hoped. As users began to test out the game, it got over 40,000 reviews on Steam. However, 73% of those reviews are unfavorable. This implies that little over 10,000 people on Steam gave the game a good rating, which is rather disappointing. Furthermore, the game is presently ranked #10 on Steam250’s list of the 100 worst-rated Steam titles of all time.

According to reports, gamers have encountered major game mechanics flaws in the game. Many gamers have complained about the game’s lack of weaponry and in-game glitches, among other things. Furthermore, because DICE, the game’s developer, has delayed the release of an update to address the game’s faults, gamers are getting dissatisfied with the experience.

Now, it’s worth noting that Battlefield 2042 is also available on a variety of different platforms. Many additional gaming devices, such as the Xbox Series X/S, Xbox One, PlayStation 4, and PlayStation 5, are presently supported by the game.

So, if you’re intending to play EA’s latest action game or have already done so, share your thoughts in the comments section below. Also, let us know what you think of Battlefield 2042’s Discarded map, which is set in India. 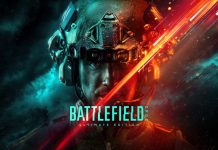