Warner Bros obviously wants to turn the Batman Arkham franchise into a regular series, much like Ubisoft’s Assassin’s Creed. However, after the massively successful Arkham Asylum and Arkham City, WB decided to take Rocksteady Studios off the franchise and opted to give the reins over to an in-house studio—WB Montreal—for Batman: Arkham Origins. We took the game for a spin to see if the new studio was able to do justice to the franchise. Hypothetically, all WB had to do was to copy-paste the gameplay from Arkham City and give it a new story. Did they succeed? Well…
Graphically, not much has changed. Arkham Origins still runs on Unreal Engine, so we get the same beefy Batman we got back in Arkham City and Asylum. The game takes place during Christmas Eve, which gives us a hand-wave excuse for why there aren’t more civilians around Gotham (Arkham City didn’t have many civilians because it was a walled-off area where prisoners were detained). What has changed, however, is that Origins is a prequel. Not, as the name might imply, an Origin story for the Caped Crusader, mind you. It is an origin story for the events that take place in Asylum and City.

Batman’s pretty raw and unrefined in Origins
Here goes the plot: despite it being just a couple of years after donning the cowl, the Bat Man is still a mystery to most of the denizens of Gotham City. Everyone hates him; the criminals he has a hand in putting behind bars as well as the police who don’t want someone else doing their job for them. Amidst the chaos, Roman “Black Mask” Sionis has called a bounty on the Bat’s head. This leads to a bunch of baddies from the Batman rogues gallery going toe-to-toe with our superhero. It’s not exactly award-winning stuff, but it does more for the game than most videogame plots do.
Since this is much earlier in Batman’s career, it is quite evident that Batman isn’t at his complete crazy prime. Bats is still quite raw, and it shows in the great work the developers put in the animations. His attacks are wild and he doesn’t care where he hits baddies and how many bones he breaks, as long as it knocks them out or keeps them conscious long enough to be interrogated. This is in contrast to the cold, calculating and much more mature Batman we saw in Arkham City and Asylum, who could blindly throw a punch and give you a complete report on how many bones he broke with it.

The game’s plot… isn’t very good
We also hear Roger Craig Smith being the new voice of Batman, as opposed to the series (and overall Batman franchise) veteran Kevin Conroy. Smith does a convincing job as a rawer and younger version of Conroy’s Batman, and you’ll find no complaints from us in the voice acting department. Troy Baker also seems to be quickly making a name for himself for appearing in every other game being released, and this time, he’s the Joker. While not exactly Mark Hamill, Baker plays the psychopathic clown quite well. Sadly enough, his laugh still pales in comparison to Hamill’s.
The gameplay is the same that it’s ever been. Regular combat sessions follow the same satisfying rhythm-based system that first made its appearance in Arkham Asylum, but it carries forward all of the upgrades from Arkham City, such as the ability to counter more than one mook at a time or even the ability to use gadgets mid-combo. The combo system itself has been slightly tweaked, but nothing largely noticeable. The same goes for the Predator sequences, which, again, have come through largely unchanged.

The Bat Man is seen as an urban legend in Gotham
What has changed, in terms of gameplay, is the new ability of Detective Vision. It can now recreate scenes from crimes based on evidence you might find lying around. This is a great addition, and WB seems to have remembered that Batman is often known as the “world’s greatest detective”. However, these sequences are rigidly scripted, and you will often be hand-held through them, showing you exactly where evidence might be. The game even helpfully tells you when you should rewind or fast-forward through the crime scene recreations to find more evidence. These minor niggles prevent what could have been a great mechanic from reaching its full potential.
The world is now much bigger than it was in Arkham City, which essentially makes it much more painful to travel through. Perhaps noticing it themselves, the developers decided to add a fast travel system into the game which involves “flying the Batwing,” but ends up being a glorified loading screen. Before you can fast-travel to anywhere in Gotham, however, you have to first take over some radio jamming towers set up by the Riddler, known in this game as Enigma since Batman doesn’t really know him yet. This, again, seems like missed opportunity to have some vehicle segments. Imagine flying the Batwing around Gotham, finding enemies, diving out and glide-kicking the nearest foe.

Troy Baker can do a pretty good Joker
Sound design is as good as it’s ever been. The orchestral score is reminiscent of the Batman Animated Series, and it flows from area-to-area. The meaty sounds of Batman’s fist making contact with an enemy’s face sound much more painful than they actually should, and because of the sound, I often caught myself thinking: “I don’t care how much Batman pretends he doesn’t kill people. Those guys are NOT getting back up.”
The problem with Arkham Origins is that WB has decided to play it safe. Instead of giving us a big step forward, like Arkham City was to Arkham Asylum, we instead have something that is too iterative. If you absolutely can’t bear the thought of not owning something that has Batman’s face on it, we’d recommend it. Otherwise, however, we’d recommend replaying Arkham City and saving your money for some of the better games from this year. Maybe check out Rayman Legends instead? We hear it’s pretty good. 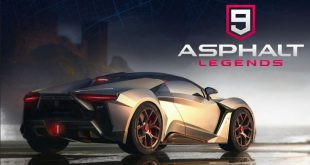 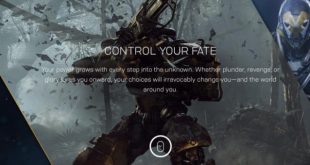