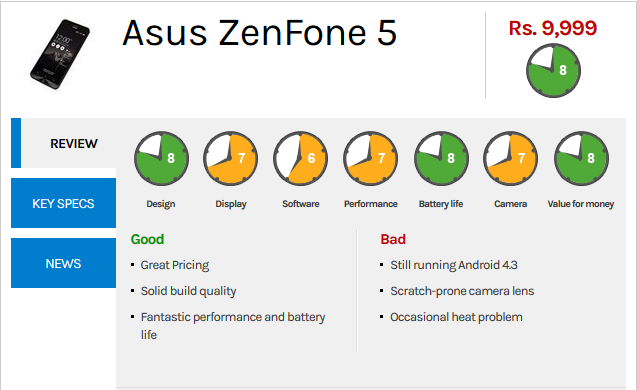 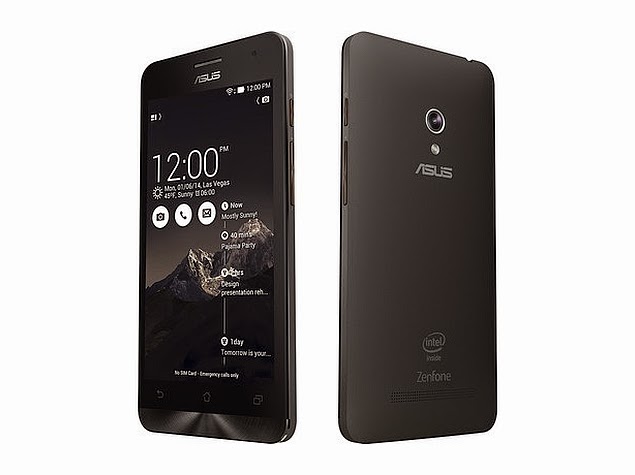 In a bid to revive its ageing ZenFone lineup in India and compete with Xiaomi and Micromax offerings in the segment, almost a week after introducing its flagship ZenFone 2, Asus on Tuesday has cut the price of its ZenFone 5 16GB model in India to Rs. 9,999, down from the Rs. 12,999 it was launched at.

The Asus ZenFone 5 was launched in July last year alongside the ZenFone 4 and ZenFone 6. The 16GB model shares the same specifications as the 8GB storage variant, including a 5-inch HD (720×1280 pixel) IPS display; a 1.6GHz dual-core Intel Atom Z2560 processor; 2GB of RAM; an 8-megapixel rear camera; a 2-megapixel front facing camera; inbuilt storage expansion via a microSD card (up to 64GB), and 2110mAh battery to back them all.

Asus cutting the price of the 16GB inbuilt storage variant of ZenFone 5 seems like an attempt to compete against Xiaomi’s popular Redmi Note 4G and the recently launched Micromax Yu Yureka that fall in the same price segment and offer 8GB of built-in storage. However, it might be challenging for Asus to revive last year’s ZenFone 5 in the market simply by offering more storage space – as user interest is likely to bend more towards rival smartphones that are comparatively newer and more future proof than the ZenFone 5. The handset is available to buy from Flipkart and Amazon India.

“Post [our entry into] the Indian market in July, 2014; we have received prolific response for our four different variants under ZenFone Series. ZenFones have reached audience in more than 300 cities with the extensive reach of Flipkart. The phones have been successful in terms of the feedback received from masses and even in terms of the sales that we have observed. In view of this response, we have introduced this special price to go a step ahead to serve our existing and prospective customers,” said Peter Chang, Regional Head – South Asia & Country Manager – System Business Group – Asus India of the launch. “Aesthetically crafted ZenFones have been successful to touch the heart of Indian tech lovers and we are affirmative about the future as well. We are aiming to achieve 5 percent market share in the country by next year,” he added.