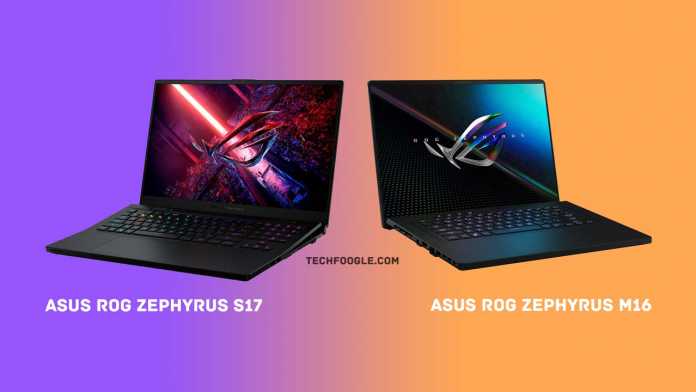 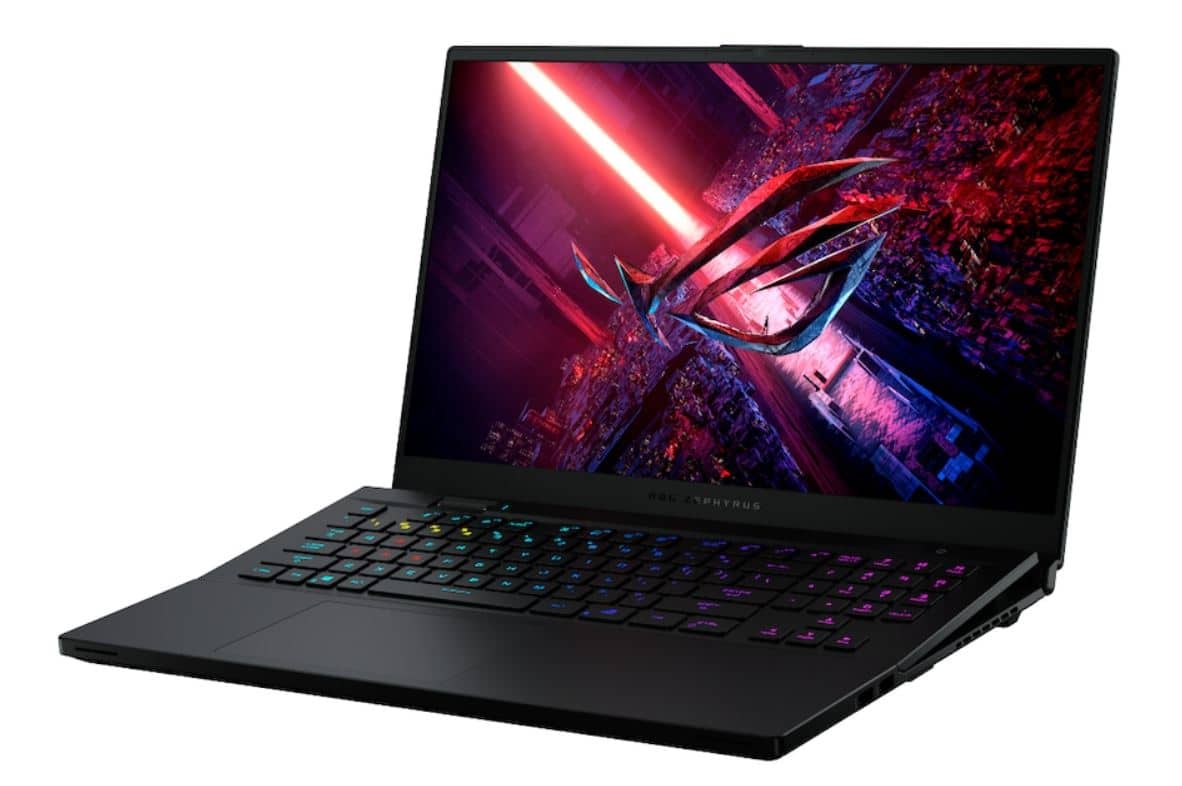 For improved heat dissipation, the latest Asus ROG Zephyrus S17 luxury gaming laptop features a rising optical-mechanical keyboard. The new AAS Plus cooling system raises the keyboard to a 5-degree angle, allowing the new Arc Flow fans to gently draw cooling air into the laptop via large vents. The Zephyrus S17 is powered by an Intel Core i9-11900H processor from the 11th generation, which can use up to 90W of power in short bursts. There’s also an Nvidia GeForce RTX 3080 GPU with Dynamic Boost that can cross 140W. Onboard memory is up to 16GB, and internal storage is up to 2TB SSD. 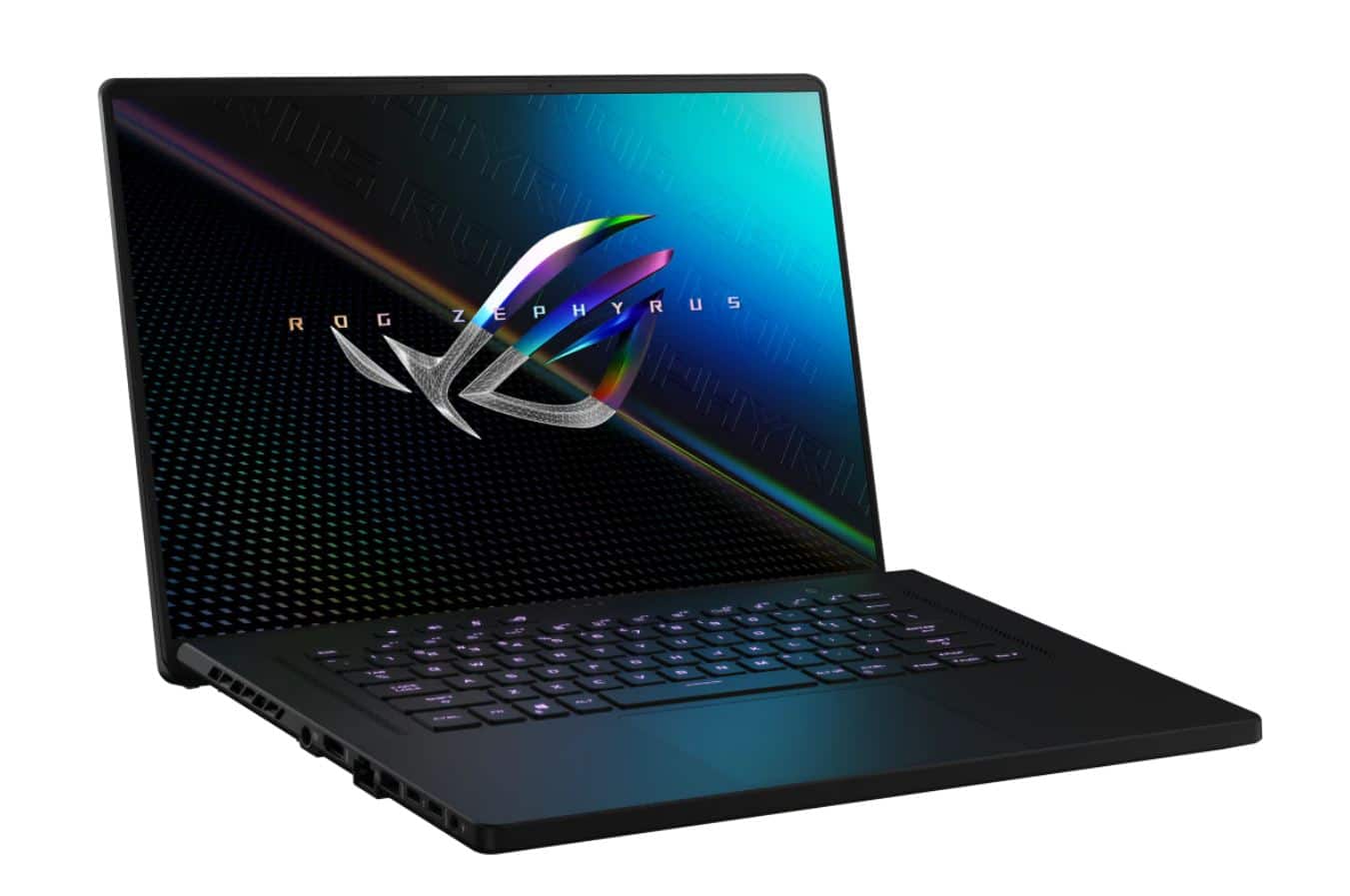 In addition to the Asus ROG Zephyrus S17 gaming laptop, the company has released the Asus ROG Zephyrus M16 gaming laptop. It has a 16-inch WQHD panel inside a 15-inch chassis that is ultra-slim. 165Hz refresh rate, 3ms reaction time, Adaptive Sync, 16:10 aspect ratio, Pantone-validated colors through 100% of the cinema-grade DCI-P3 color gamut, and Dolby Vision support are all included in the show.

The new processors, up to an 11th-Gen Intel Core i9-11900H, are included in the Asus Zephyrus M16. There are also GeForce RTX 3070 GPUs available, which can offer fast frame rates. The updated GeForce RTX 3050 Ti Laptop GPU is also available with the Zephyrus M16. Onboard, there’s up to 48GB of RAM and a 2TB SSD.

The Zephyrus M16 is kept cool by ROG Intelligent Cooling, and it has a six-speaker setup with dual force-canceling woofers for better sound quality. Dolby Atmos is supported by the laptop. The three-dimensional microphone array records direct audio, and two-way AI noise cancellation eliminates background noise.

The Zephyrus M16 is just 19.9mm thick and weigt about 1.9 kilograms. The laptop comes with a Stealth Type keyboard with a one-zone RGB or white backlight and runs Windows 10 Pro. Wi-Fi 6, Bluetooth v5.2, 720p HD camera, one Thunderbolt 4 port, one USB Type C port, two USB Type-A ports, MicroSD slot, HDMI 2.0, 3.5mm combination jack, Kingston lock, and RJ45 jack are among the connectivity options. The Asus ROG Zephyrus M16 also has a 90Whr battery that promises to have up to 10 hours of video playback and can be charged to 50% in 30 minutes thanks to quick charging technology.

The firm is yet to disclose the pricing and distribution of both laptops. They can differ depending on the location. Asus has confirmed that no new ROG laptops will be released in India in the immediate future, and the Zephyrus S17 and Zephyrus M16 should be no exception.