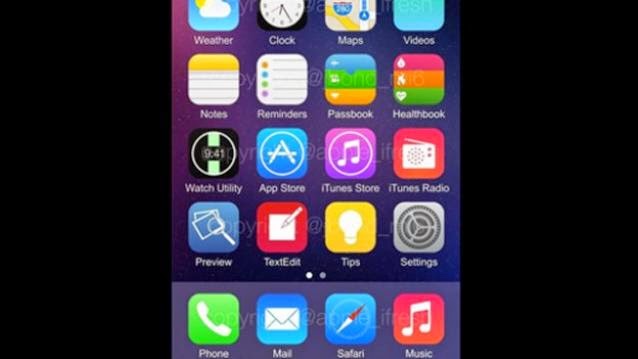 Unlike Apple’s previous mobile operating systems, iOS 8 has been quite a disappointment in terms of its adoption rate. iOS 8, which was said to be Apple’s biggest update since the launch of the App store, has met with a cold response compared with its previous OS rollouts. The news comes from none other than Apple itself, who revealed the numbers on its support page for developers.

It’s been over three weeks since iOS 8 was released and only 47% of iOS users have switched to the new OS. This is a miniscule increment since September 21, when Apple reported that iOS 8 was installed on 46% of its devices. For Apple, this is a disaster. At the same time last year, nearly three quarter of devices had switched to iOS 7. In fact, iOS 8 has been touted as Apple’s least successful update in years according to analytics firm Fiksu. 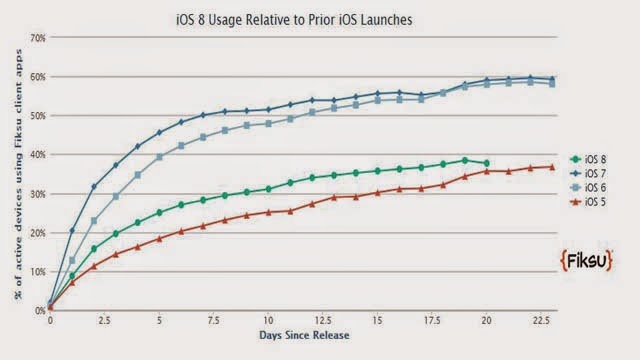 Apple’s latest mobile operating system has met with a series of roadblocks. Shortly after the release, users began complaining about the amount of free space devices needed to download the update, connectivity and performance issues, while the hotly anticipated Healthkit tool failed to make it to the original update. Apple forums are flooded with iOS 8 problems, including some that say that resetting iOS 8 devices deletes saved iWork documents and that Bluetooth fails to work.

Overall, users have little to praise about the new iOS, which might be one of the main reasons for users not upgrading. While Android’s new OS rollouts have relatively slower adoption rates, these reports should nonetheless alarm Apple, which takes pride in its software. Not paying heed to user complaints and failing to nip them in the bud means risking the glory Jobs brought the company, which it still enjoys.