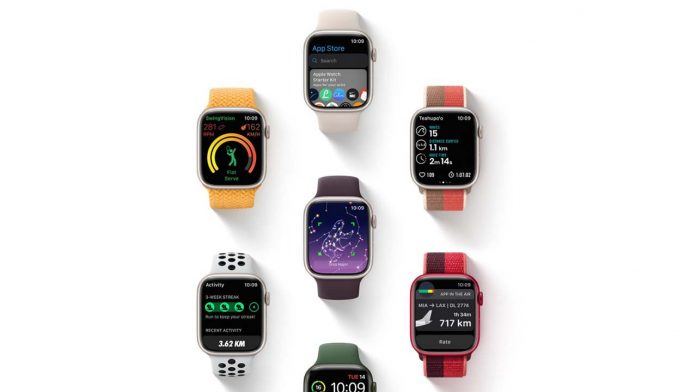 Apple presented the Watch Series 7 with the iPhone 13 series at its September product announcement event. Despite repeated leaks and speculations of a significant overhaul with flat sides, Apple has stuck with the same design as the Watch Series 6 this time around.

To begin with, the Apple Watch Series 7 has 40 % smaller borders and softer round edges. According to Apple, the display is 70% brighter in always-on mode. While it would have been nice to see the reported flat design, staying with the existing form ensures that the Watch Series 7 is compatible with all of your old bands. With the Watch Series 7, you also get IP6X dust protection and WR50 water resistance.

The Watch Series 7 will run watchOS 8 as far as software is concerned. As a result, this one has all of the new watchOS 8 capabilities, such as bike tracking and fall detection for biking. Apple has included a complete keyboard with QuickPath that allows you to tap each letter or slide to optimize text input. For word predictions, it uses machine learning.

The Watch Series 7 has 18-hour battery life. When it comes to charging, Apple claims that the Series 7 is 33% quicker than the Series 6. The smartwatch can be charged from 0 to 80% in 45 minutes using the upgraded USB-C connection. Furthermore, with only 8 minutes of charging, you may receive 8 hours of sleep tracking.

The Apple Watch Series 7’s pricing and availability in India are yet to be revealed, however, Apple has stated that it would be available in the US later this autumn.