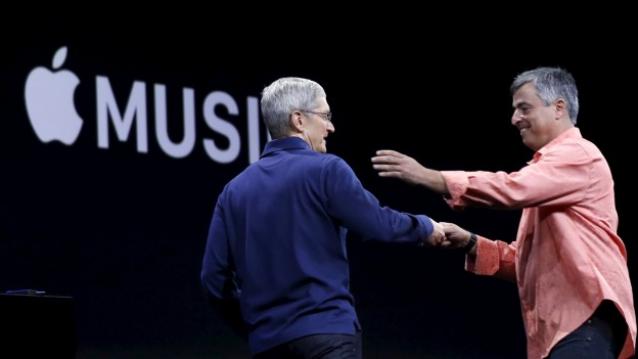 Apple Music, launched last week, may not differ much from other music-streaming services, but comes with Apple’s deep music roots, global brand and hundreds of millions of iTunes customers.
The payments will be to people who own sound recordings that Apple Music will play and owners of publishing rights to songs’ compositions, Re/code said.
Apple will not pay music owners anything for its three-month free trial period. The company’s payouts were slightly higher than industry standard, the website reported, citing Apple executive Robert Kondrk.