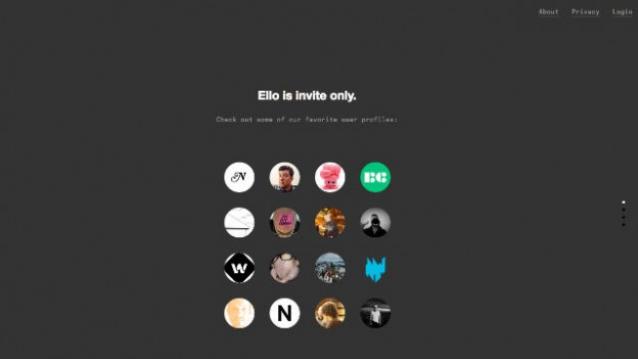 Ello, the ad-free social network which gained prominence last year with an invitation-only launch, announced Thursday it was opening to the public with an application for iPhone users.
The startup got attention with its “anti-Facebook” policy of promising to never use advertising or to sell customer data to third parties.

Last September, a surge in interest made Ello membership a hot ticket, with invitations selling on eBay at prices up to $500.

In announcing the public launch, Ello provided no details on numbers of members but said there were “millions” using the platform.

“With so much positivity on Ello, and with awareness of the negative effects of ads and data collection by other networks coming to the forefront of the news, the timing of our app release couldn’t be better.”

Ello has upgraded the service to include new ways to find friends, full search, real-time alerts, private messaging, private groups and “loves” instead of likes.

It received $5.5 million in funding last year as it changed its charter to back a promise to remain ad-free, becoming a “public benefit corporation.” While the services is free, Its future plans include premium features which would be paid.

Ello was launched by a group of artists and programmers led by Budnitz, whose previous experience includes designing bicycles and toys.