Android L: All you need to know about Google’s next mobile OS 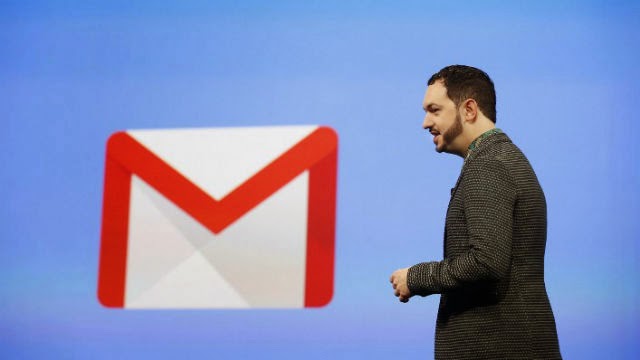 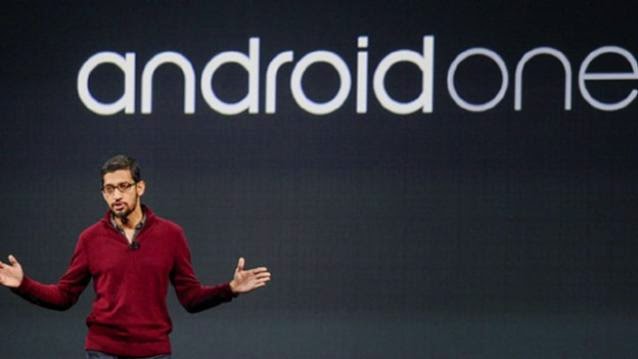 Google held its annual developer conference, Google I/O yesterday, and it was pretty much a given that it would showcase a new version of Android, smartwearables, Android TV and Android for cars. Google did show us all of these things but the biggest change was to Android itself.

Android fans and developers got to see a new version of Android codenamed ‘L’. This version will be out in fall of 2014 and will come pre-loaded on new Android devices. Of course, for older devices it will be up to OEMs (Original Equipment Manufacturers) to decide when they will send out the update.
“This is one of the most comprehensive releases we have done: it has over 5,000 new APIs, and we are thinking not just for mobile, but for form factors beyond mobile,” said Google’s Android and Chrome boss Sundar Pichai, during the keynote presentation at I/O.

And while there’s a good chance that Android L could be called Android Liquorice or Android Lollipop by the time it comes out, it has a lot of stuff that’s new. We take a quick look.

First up, Android L will see the software get a massive design change. Google has gone for something called Material Design which lets developers add shadows and seams to give visuals on a phone’s screen the appearance of depth. Essentially Material Design will allow developers to add a more animated element to their apps. Elements can dynamically shrink and expand, there’s more white space between elements, and there’s an overall 3D look.

According to Google’s own blog, Material Design will allow developers to, “...apply to your apps for a new style: it lets you easily infuse your own color palette into your app, and offers new system widgets, screen transitions and animated touch feedback. We’ve also added the ability to specify a view’s elevation, allowing you to raise UI elements and cast dynamic, real-time shadows in your apps.” 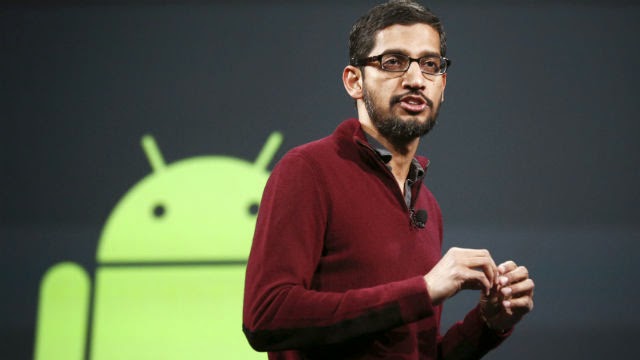 Sundar Pichai talking about Android at the conference. Reuters

As this piece on CNET explains “Material Design opens up a 3D interface even on 2D screens by letting programmers specify not just what color a pixel should be, but how high it should be in a virtual stack.” Google will also bring this Material Design to Chrome OS.

What the video below.

There’s also support for 64-bit support architecture. Google also says that apps written in the Java language can run immediately on 64-bit architectures with no modifications required. The company is als promising better graphics on L via OpenGL ES 3.1 and thus ensure that app developers can get capabilities such as compute shaders, stencil textures, and texture gather for their games.

Better Battery performance is also going to be a key part of Google L. Project Volta as Google calls it comes with new tools and APIs to help apps run efficiently and conserve power. There’s also a Battery Historian, a new tool that will let developers see how their app ends up using power over time. There’s also a job scheduler API to ensure that developers can set some tasks to run when the device is charging or idle to reduce battery usage.

Notifications on Android L are also going to see drastic changes as well. Google will ensure that users can access notifications content, updates without unlocking the screen. There’s also Heads-up notification, which will appear in a small floating window if the user is working on another app. Users can choose to reply to that notification while they are in the app or also ignore it. Developers can add their own colour and branding to the notifications.

The ‘Recents’ tab has also gone a drastic change in Android L. It will now show all recently used apps as “a stacked card overview” and will include recently accessed websites from Chrome. Other apps can also add items to the list. The advantage of this is that if you open a website on your mobile browser and then switch to something else, you can just go back to ‘Recents’ to view that website instead of opening Chrome all over again. It looks much prettier than the current multi-tasking system, and resembles more like the cards in Google View.

Google is also bringing in Universal Data Control L where Android users will be able to control how data on their handset is shared. Users will also be able to divide their devices between work and personal modes. Essentially this is Google’s way to reach out to the Enterprise user and convince them that an Android phone is just as good for work as it is for play. Interestingly  Google’s Sundar Pichai also mentioned Samsung’s Knox Security Technology (which allows division between work and personal data on Samsung phones) and said that they (as in Google) would be using the technology in Android as well.

Android devices can now function in Bluetooth Low Energy peripheral mode, which will let apps use this to let nearby devices know the presence of the smartphone. For instance, developers can apps that let a device function as a pedometer or health monitor and transmit data to another BLE device. 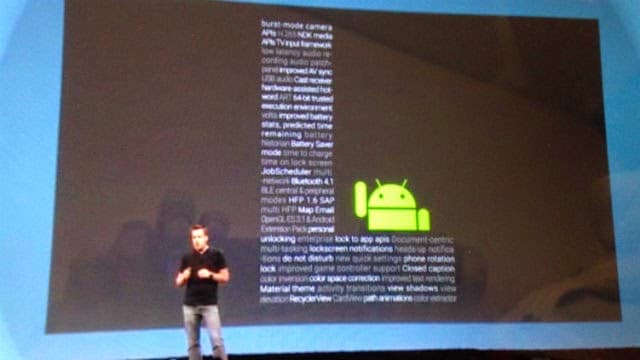 Android L will be out this fall. Image TechTrainIndia.

Given that Android L will also allow for integration across Google devices such as Chromebooks, smartwatches that run on Android Wear, cars that support Android Auto, it’s evident that the company is pushing for a larger agenda with Android being the sun around which all of this will revolve. With Android L, what we’re seeing are some refreshing changes to the OS, but for users L will mean more if they end up getting the updates as soon as it is released, otherwise many won’t get access to these features.