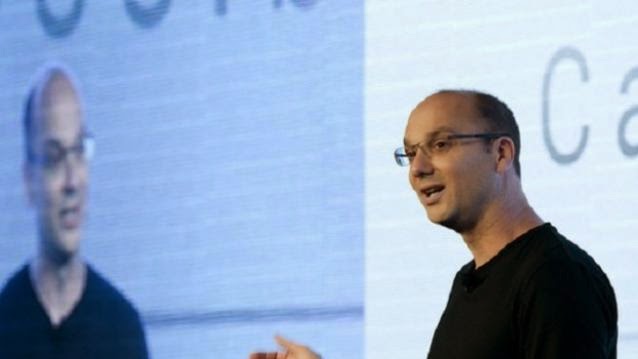 Google said on Thursday that Andy Rubin, co-founder of its Android mobile business and head of its nascent robotics effort is leaving the company.

Rubin will start a company to support start-ups interested in building technology-hardware products, Google said in an emailed response for comment on a Wall Street Journal report about his move.

James Kuffner, a research scientist at Google and a member of the robotics group, will replace Rubin, the company added.

Last year, Google’s browser and applications chief Sundar Pichai replaced Rubin as head of the Android division, bringing the firm’s mobile software, applications and Chrome browser under one roof.
Rubin built Android into a free, open-source software platform now used by most of the world’s largest handset manufacturers, from Samsung to HTC.

Recently, Google has been in the news when CEO and co-founder Larry Page put Google Android and Chrome head Sundar Pichai in-charge of almost all major products at the company. The only unit that has been left out of Pichai’s domain is Youtube which is still headed by Susan Wojcicki. Pichai gained more responsibilities in 2013, when he replaced Andy Rubin as head of Android. In 2014, Pichai was pretty much the star of the Google I/O conference and he also announced the Android One series of smartphones where Google teamed up with Micromax, Spice and Karbonn to launch budget phones with Pure Android experience.