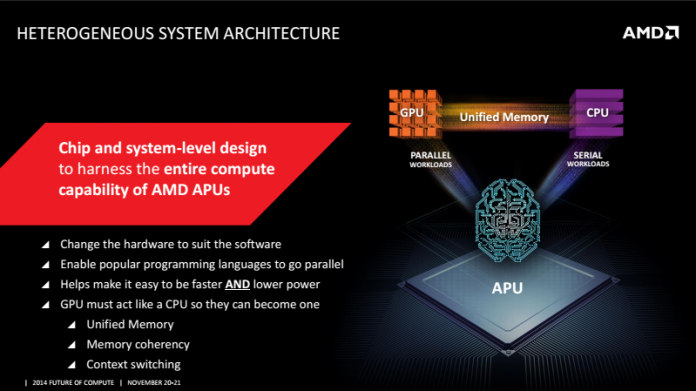 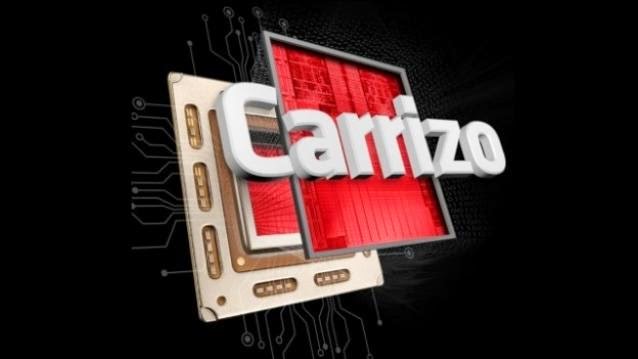 AMD had announced desktop APUs with heterogenous system architecture (HSA) compatibility earlier this year. But AMD is not just stopping there and have also announced HSA-compliant high performance system-on-chip (SoC) called Carizzo. It is based on the Excavator CPU micro-architecture and a next-gen Radeon GPU architecture. At the time of announcement at the ‘Future of Compute’, yesterday, AMD did not reveal much details about the next-gen Radeon GPU.

HSA is an intelligent computing architecture that enables the CPU and GPU to work in harmony by seamlessly streamlining right tasks to the most suitable processing element, resulting in performance and efficiency for both consumers and developers. 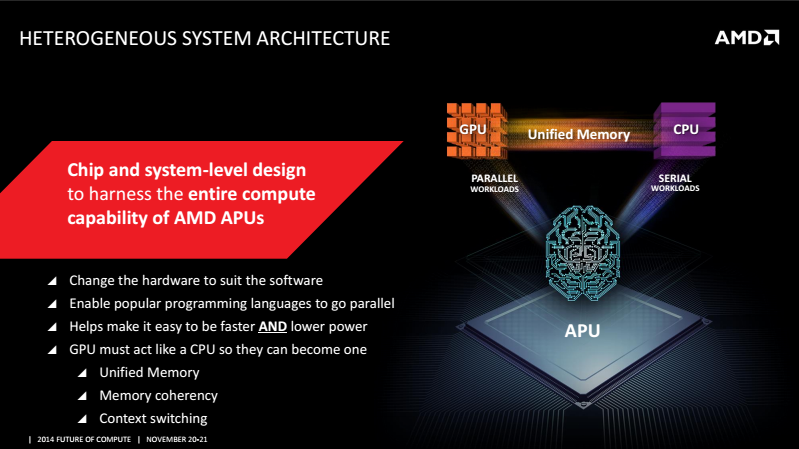 The Carizzo SoC is designed in a way that the HSA takes full advantage of GPU compute which will increase performance and energy efficiency. Carizzo is the first HSA compliant SoC to come to market. ARM, Qualcomm and Marvell too are working on coming out with HSA-compliant SoCs but there haven’t been any chip announcements so far.

Apart from the high end Carizzo, AMD also announced the Carizzo-L which will be a lower end SoC that comes with AMD’s Puma+ CPU micro-architecture along with the older Graphics Core Next (GCN) architecture. These SoCs are expected to be used in upcoming tablets, low-end Windows notebooks as well as Chromebooks. The two SoCs will also support Windows 10, DirectX 12, OpenCL 2.0, AMD Mantle API and AMD’s FreeSync technology. 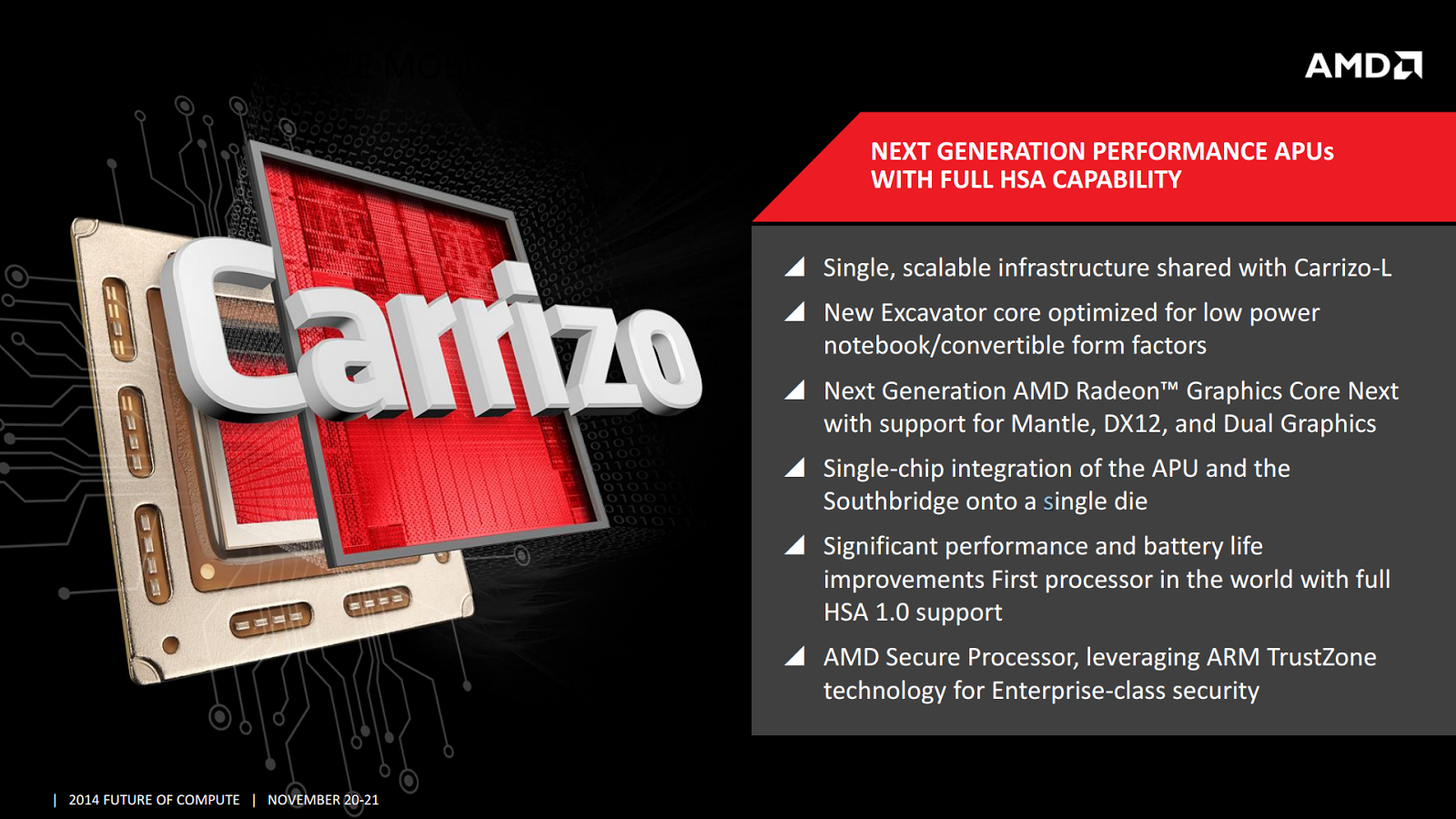 Both will also sport the AMD Secure Processor which is based on ARM processor and ARM’s TrustZone technology which keeps sensitive data separate from the main OS and restricts access to apps.
“AMD’s commitment to graphics and compute performance, as expressed by our goal to improve APU energy efficiency 25x by 2020, combines with the latest industry standards and fresh innovation to drive the design of the 2015 AMD Mobile APU family. We are excited about the experiences these new APUs will bring and look forward to sharing more details in the first half of next year,” said John Byrne, SVP and GM, Computing and Graphics business group of AMD.

According to AMD, the chips will launch next year and one can start seeing tablets, notebooks and all-in-ones with the Carizzo and Carizzo-L chips will be seen in the market by mid-2015.