Amazon 3D smartphone will launch on 18 June: Here’s what the 3D interface could look like 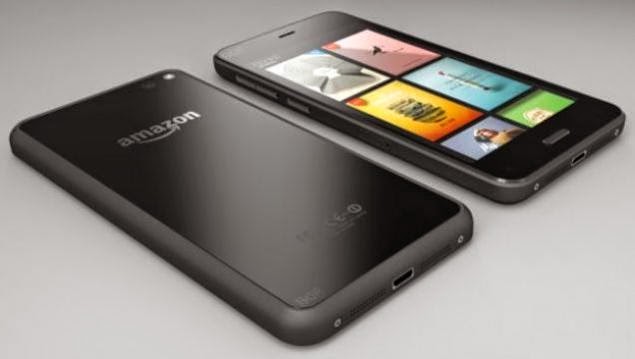 Is this Amazon’s attempt at a smartphone

The Amazon smartphone has been doing the rounds on the web for quite some time now and it looks like we’ll finally get to witness the final product on June 18. Amazon is not giving away any hints as to whether it’s another tablet of indeed, their first smartphone although industry analysts are leaning towards the latter.


Whatever the device might be, the display or user interface seems to be the highlight of the device. Amazon has released a teaser video in which “Amazon customers” are simply stumped by what they are seeing. They all seem to be tilting their heads in different angles and are pretty happy with the results. This seems to be a clear indication that the new Amazon device will have a 3D display or at least a 3D interface which interacts with your head movement.

What it’s not
When we say 3D, our minds automatically race to the 3D effect of televisions but this is not the case this time. OEM’s have experimented with 3D smartphones in the past, which did not end well. Remember the LG Optimus 3D and the HTC Evo 3D? The phones had a fun novelty factor which wore off rather quickly. Amazon’s device will not shoot 3D images or video as that concept on a mobile device has been proven to be commercial flop.

What it could be
Some of the dialogue from the teaser gives us an additional hint that Amazon’s new user interface will take centre stage. Words like “It moved with me” and “pretty damn intuitive” suggest you’ll be able to navigate through the menus or perform menial tasks like switching between apps or closing an app, by simply tilting the phone around.


A video posted by TAT, a firm specializing in enhancing graphical interfaces, could be similar to what Amazon has in mind. The demo device use eye-tracking and 3D display to give you more depth to what you’re seeing. This allows the programmer to tuck away additional information or sub-menus in layers, which can be visible as soon as you tilt it at a certain angle.

This is similar to the parallax effect for the icons that Apple added in iOS 7, only much more advanced. The teaser video doesn’t show the user actually touching the device which means this this Amazon’s smartphone could work entirely on gestures, if you want it to.

This could also open up doors to a new breed of games and apps, specifically designed with gestures in mind.

Could debut with Evi, voice assistant app
About a year ago, Amazon bought a Evi, a voice assistant app by a British startup for $26 million. Prior to that, Amazon also acquired Ivona Software, a speech recognition company. This certainly hints at Amazon planning on introducing a voice assistant of their own, much like Siri for iOS, Cortana for Windows Phone and Google Now on Android. Amazon will obviously be giving it a new name but this ties into their whole gesture heavy UI of their new device.

The new Amazon device will most like be running  a forked version of Android so you should be able to get some of your favourite apps running as well. The gesture and eye-tracking features will be tightly integrated with Amazon’s apps like the Kindle reader. It’ll be interesting to see how Amazon leverages this 3D technique to enhance the user experience within popular apps.

As for the name, your guess is as good as ours. We doubt they’d go with their existing brand of Fire or Kindle, if this is indeed a new product line. Only two weeks to go before the speculation ends.