TechFoogle
HomeNewsA 32-year old designs and develops prosthetic arm for his father within... 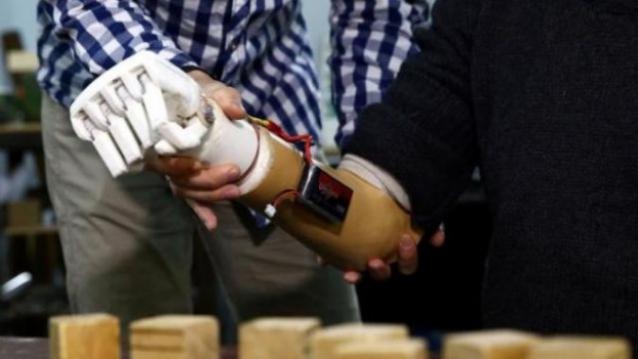 Sergei Galtsev, a Soviet army captain at the time, lost his right arm in an explosion on a military firing range when his son, Oleg, was four years old. Almost three decades later the 53-year-old Belarussian became the first tester of a prosthetic arm designed and made by his own son in the basement of his apartment building.
“We wanted to create a simple and affordable prosthesis,” said Oleg, a 32-year-old software engineer. Two years ago he teamed up with engineer Sergei Arefyev to develop an artificial arm. The video of its final tests hit almost a million views on YouTube, with the partners making all the designs and software available on the internet for free.

“We did not patent it as it made more sense to spend money on development,” Oleg said. “It’s like Lego, designed for people who are not at ease with electronics: just put the parts together. If I managed it, then others can do it, too.” In a country better known for its Soviet-era collectivized farming and run by President Alexander Lukashenko since 1994, the software industry is thriving. Belarus’s 54 universities turn out 4,000 software engineers every year.

The prosthetic arm was created in a small workshop in the basement of a residential building in Minsk. Some parts were created using a 3D-printer, some were bought on the internet.

Galtsev and Arefyev say their design is 10 times cheaper than $15,000 mechanical prostheses from big manufacturers, although it lacks sensor controls. Sergei Galtsev says his world was turned upside down by the accident which befell him when he was 26. It ended his military career and he took his wife and two children back to the home town of Chechersk in what is now Belarus. His new arm has brought new possibilities within reach.

“It is a very good thing, and it can help so many people,” he said after testing the device at his house in the country. “I sawed wood, mowed the lawn, did some other work around house”. 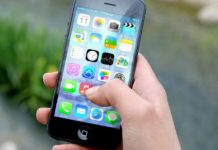 Designers back Apple in the Apple Vs Samsung patent struggle 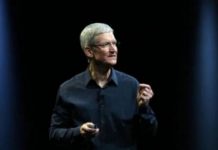