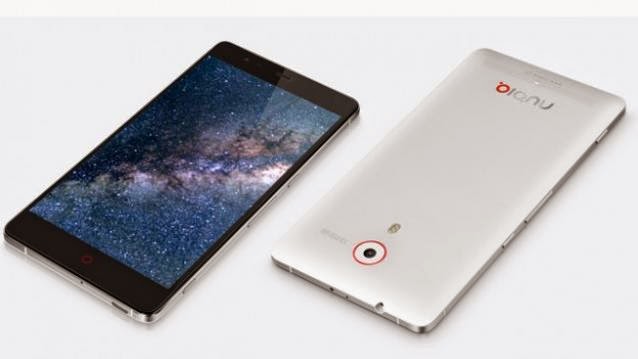 A PTI report from earlier today said Chinese electronics giant ZTE is about to finally make a big entry in to the Indian market with a flagship phablet to be launched in October.

ZTE is of course no new company for India, where the company has a presence in the low-end, and mid-range market. Last year, the company promised more phones for India and has said it’s committed to selling 100 million units this year, but so far has stayed away from big headline-grabbing launches, such as the Oppo Find 7 or the Gionee Elife S5.5 or the latest kid on the block, the Xiaomi Mi 3. All that could change with the entry of the Nubia Z7 Max, which is the kind of phablet that gets Indians salivating.

In fact, in the past year and a little more, we have seen four major Chinese brands make a big play in India. First, it was Lenovo which saw some success with its pan-market strategy and devices for all budgets, use cases and screen sizes. Its Vibe series smartphones, in particular, were heavily promoted. Then Gionee appeared on the market, launching a slew of phones, again at various price points. Finally Oppo came to the scene with its head-turning N1, and has continued launching interesting devices such as the Oppo Joy and the superbly specc’d Find 7, 7a.

And of course, this year’s big brand is Xiaomi, which has shown it’s willing to take its disruptive market strategy to even greater heights in India. The Mi 3 and mid-range devices will help it stake a claim, but that’s just half the battle.

And let’s not forget Huawei, which has a steady grip on the networking solutions market, but has big plans for India when 4G adoption starts spiking. The company wants to launch sub-$100 4G smartphones, and has been refreshing its tablet line-up quite regularly. Couple that with the launch of devices in the vague spot between mid-range and high-end, Huawei has been chipping away at the market. It certainly has the wherewithal to make a bigger play, if and when it decides to.

All this serves to highlight the fact that Chinese mega brands are finally waking up to the growth potential of the Indian market. Lenovo and Huawei are in the top five smartphone vendors in the world, while Korean company LG, which has climbed up the ranks in recent times has had to stave off great competition from the likes of Coolpad, Xiaomi and ZTE.  Coolpad, if you recall, has also made an entry into the Indian market by tying up with Spice Mobiles. So in essence, India is a highly exciting place for China’s big brands, as more and more consumers are lining up to buy smartphones.

In India, unlike China, there’s the added ecosystem bonus; firstly, from Google Play Store as the country’s smartphone users remain one of the biggest consumers of apps in the world. Then there’s the telecom operators’ and content provider tendency to tie up preferred access deals for new smartphones to make them better value. And then there’s the newest trend in e-retail, which is exclusivity with certain retailers. These are the new tools of the trade in the Indian smartphone, and the Chinese mega brands are here to make the most.