Zelda,’ ‘Batman’ among anticipated games due in 2015 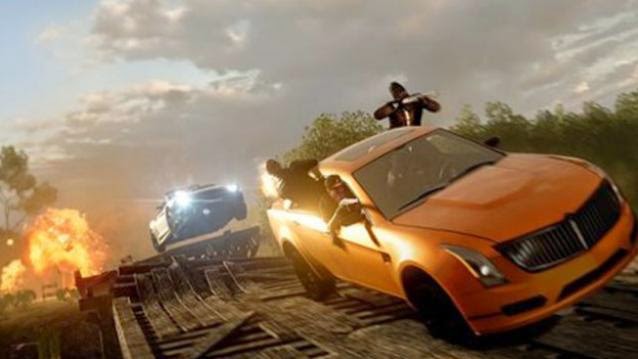 Link, Master Chief, Batman and Nathan Drake will be back in action. The leading men are among the protagonists starring in totally new video game installments in 2015, joined by newcomers like a team of intergalactic monster hunters and their prey (“Evolve”), a band of high-tech criminals and their tails (“Battlefield Hardline”) and a battalion of explorers and their procedurally generated universe (“No Man’s Sky”).

Here’s a glimpse of some of 2015’s most anticipated games:

— “Batman: Arkham Knight” (for PlayStation 4, Xbox One, PC; June 2): After three editions of stomping, gliding and grappling through a virtual Gotham, Batman has keys to the Batmobile in Rocksteady Studios’ Dark Knight finale. This time, besides old-school baddies like Penguin and Scarecrow, Batman is facing off against a new menace called Arkham Knight.

— “Battlefield Hardline” (for PlayStation 3, PlayStation 4, Xbox 360, Xbox One, PC; March 17): Visceral Games is dodging the military in favor of an interactive game of cops and robbers in the latest entry of the first-person “Battlefield” shooter series. The war-on-crime action will include bank heists, police chases and hostage rescue missions.

— “Bloodborne” (for PlayStation 4; March 24): “Dark Souls” mastermind Hidetaka Miyazaki takes a stab at the PlayStation 4 with this relentless role-playing title set in a gothic enclave that’s been overrun by infected monsters. “Bloodborne,” much like predecessors “Dark Souls” and “Demon’s Souls,” is expected to be quite the nightmare.

— “Evolve” (for PlayStation 4, Xbox One, PC; Feb. 10): After tackling team-based zombie slaying with “Left 4 Dead,” Turtle Rock Studios takes on monster hunting in this multiplayer shooter with a twist. Instead of equal squads aiming for each other online, “Evolve” pits a team of four against one player portraying an oversized, overpowered behemoth.

— “Halo 5: Guardians” (for Xbox One, fall 2015): For his latest interstellar adventure, hardened “Halo” hero Master Chief is joined by a new companion, fellow supersoldier Locke. Developer 343 Industries has injected a slew of fresh abilities into the game’s multiplayer mode, including thruster-boosted dodging and ground pounding.

— “The Legend of Zelda” (for Wii U, 2015): Link and his trusty steed Epona are set free in an expansive open realm in the first original “Legend of Zelda” adventure crafted for Nintendo’s high-definition, touchscreen-centric Wii U console. “Legend of Zelda” producer Eiji Aonuma has promised that Link’s actions will have the ability to reshape his fantasy world.

— “Metal Gear Solid V: The Phantom Pain” (for PlayStation 3, PlayStation 4, Xbox 360, Xbox One, PC; 2015): “Metal Gear” one-man army Snake is dispatched to Afghanistan during the Cold War to take down Soviet forces. “Phantom Pain” seeks to be the most liberating “Metal Gear” yet with sandstorms and daylight affecting the mercenary’s stealthy tasks.

— “No Man’s Sky” (for PlayStation 4, PC, 2015): While most game makers precisely position every polygon within their creations, the developers at Hello Games are dispatching players to virtual worlds with randomly generated landscapes, meaning plants, animals and atmospheres will look different for each person who picks up this ambitious exploration title.

— “The Order: 1886″ (for PlayStation 4, Feb. 20): In this third-person alternate history romp, the Knights of the Round Table battle supernatural forces with steampunk gear across London. “The Order” creators Ready at Dawn are harnessing the PS4’s souped-up processing power to transport gamers to an intricate and moody rendition of the foggy city.

— “Uncharted 4: A Thief’s End” (for PlayStation 4; 2015): After surviving a trek through a sprawling desert and a jaunt through an ancient crumbling city, “Uncharted” champion Nathan Drake returns for his first quest on the PS4. This time, the smart-alecky treasure hunter will be joined by his brother, portrayed by omnipresent video game actor Troy Baker.