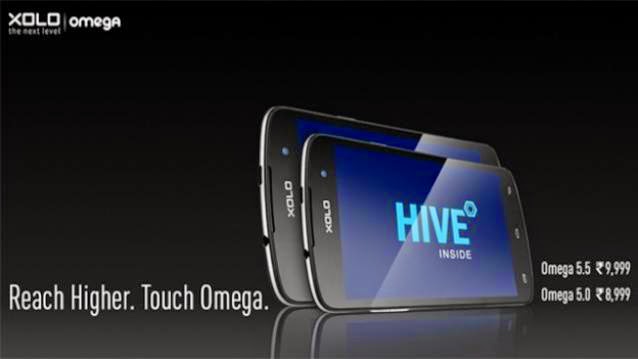 Xolo has launched its Omega series of smartphones –  Omega 5.0 and Omega 5.5 in an exclusive Twitter launch.

The larger version, Omega 5.5, features a 5.5-inch display and a 13MP main camera. On the front, you get the same 2MP camera as with the Omega 5.0. It also has a larger 2600mAh battery. Both the phones are
powered by a 1.4 GHz octa core Processor from Mediatek and boast of 8GB of internal storage and 1GB of RAM.You can expand the storage up to 32GB using the card slot.

The Omega series phones run a customised version of Android called Hive UI. Based on Android 4.4, Hive comes with features that allow users to share real-time feedback, new feature ideas, interact with the development team and other Hive users through the Connect app.