Apart from announcing the new MIUI 9 ROM and the Mi 5X smartphone, Xiaomi on Wednesday also announced its entry in the smart speaker race with the launch of the Mi AI Speaker. Xiaomi’s voice-controlled speaker will look to take on the likes of Amazon Echo, Google Home, and Apple HomePod in this category. Notably, the speaker is priced at just CNY 299 (roughly Rs. 2,800), and there’s no word yet on whether it will be available for international markets.

Xiaomi is known to create products covering literally every consumer product out there ranging from VR headsets and smartwatches to air purifiers and electric scooters, and it makes sense that it would come out with its own AI smart speaker to take on the likes of Amazon, Google, and Apple. The Mi AI Speaker is vertical, rectangular shaped speaker that features a six-microphone array for 360-degree audio sensing. The voice-controlled speaker also comes with advanced echo cancellation. On the top you get controls for music playback and a blue LED notification band around the edge. 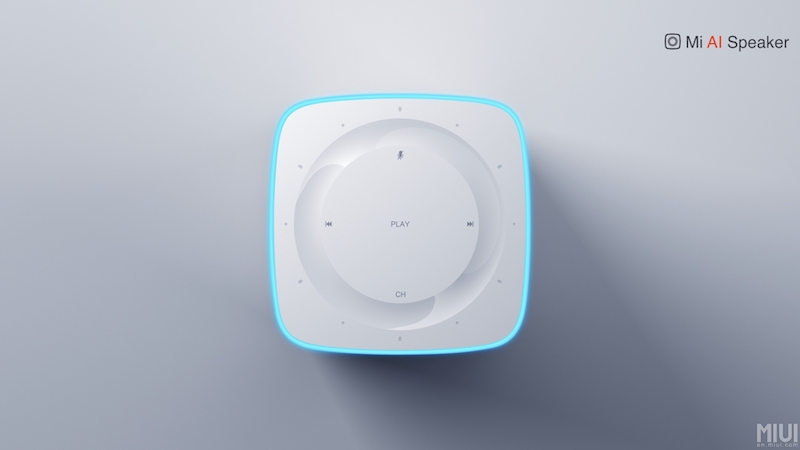 The Mi AI Speaker is probably not as advanced in its smart functionality right now as say Amazon Echo, but it does support a vast online content that includes music streaming, audio books, children’s stories and live radio, among other things. Additional add-ons and plugins for the Mi AI Speaker can be downloaded via a companion app.

The Chinese manufacturer also announced the latest MIUI 9 and the Mi 5X smartphone. The MIUI 9 boasts of new features and improvements including faster app load times, new design elements, shortcuts on lock screen, split screen feature, and smart functionality such as Smart Image, Smart Assistant and more. The Mi 5X is priced at CNY 1,499 (roughly Rs. 14,200) and highlights a dual rear camera setup, metal unibody design and will run on the latest MIUI 9 based on Android Nougat.