Xiaomi looking to sell smartphones through its own portal in India 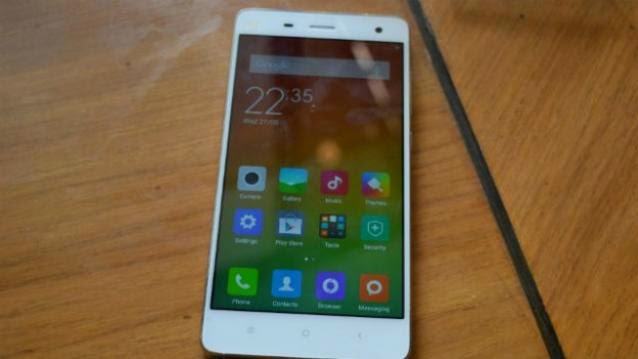 Chinese handset maker Xiaomi will start selling smartphones in India later this year through its own portal as it looks to beef up its presence in one of the world’s fastest growing devices market. Xiaomi, which currently sells devices in India through homegrown eCommerce major Flipkart, will bring in its website ‘Mi.com’ to India in the latter part of the year.

“We are currently looking for warehousing and logistics partners in India, as well as deciding on a payment mechanisms like cash on delivery. It may take anywhere between three to nine months,” Xiaomi India Head Manu Jain told PTI.

He added that the the Beijing-based firm will continue its association with Flipkart.

Currently, the company sells devices through its website in most countries of operations, except India and Indonesia.

Xiaomi on Thursday launched its new handset — Mi 4 — in India for Rs 19,999 as it seeks to expand its operations here.

“We have always stated that India is one of our most important markets. We are big plans for India this year… We are in process of signing the lease on a facility in Bangalore, which will be our R&D unit. This is the first one outside China,” Jain said.

India is one of the largest markets for Xiaomi outside of China. The company has so far, launched three devices in India, Mi 3, Redmi 1S and Redmi Note. The cumulative sales have crossed a million units since the first launch in July 2014.

According to research firm IDC, India is the fastest growing smartphone market in the Asia Pacific region with about 82 per cent growth in the July-September quarter of 2014 over the same period last year. The growth is being driven by increasing preference of consumers to upgrade to smartphones as well as shorter refresh cycles.

The shipments grew 82 percent year-on-year to 23.3 million units in the third quarter of this year, while it was higher by 27 per cent on a quarter-on-quarter basis, IDC said in a statement.

Samsung was the leader in the smartphone market with 24 per cent share, followed by Micromax (20 per cent), Lava and Karbonn (8 per cent each) and Motorola (5 five per cent) in the third quarter of 2014.

Founded in 2010 by serial entrepreneur Lei Jun, Xiaomi is often referred to as the ‘Apple of China’ and featured in Boston Consulting Group’s top 50 most innovative companies in the world list last year. It ranks at the third spot with 5.3 per cent share of the global shipment in the July-September 2014 quarter, after Samsung (23.8 per cent) and Apple (12 per cent).