WWDC 2015: New Apple OS X El Capitan is out; here’s what it looks like 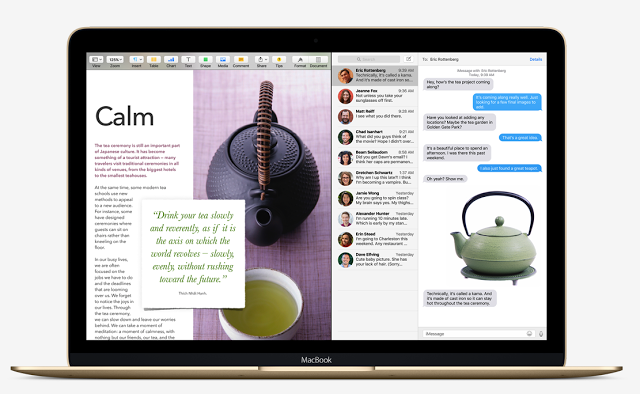 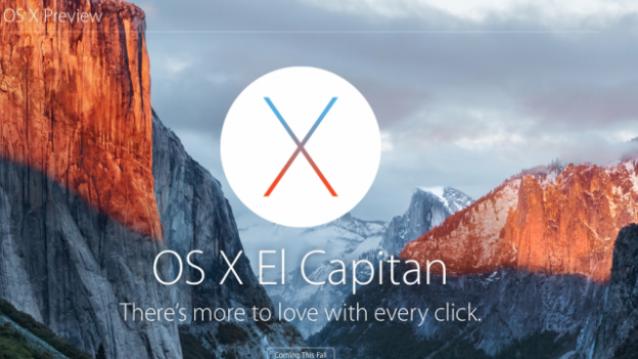 Apple just got done with its 26th World Wide Developer Conference (WWDC) keynote at the Moscone West convention centre in San Francisco. As expected there were a lot of announcements with regards to Apple operating systems across platforms. The new version of OS X has been christened OS X El Capitan, iOS 9 will be the new mobile operating system for iPads, iPhones and iPods and finally the Apple Watch’s operating system also got an update in the form of watchOS 2. Let us take a look at OS X El Capitan.

The OS X Yosemite has got an update in the form of OS X El Capitan. While there weren’t any dramatically new features that were showcased with El Capitan, it seemed like more of a refinement of the features on the Yosemite. Craig Federighi of Apple was on stage rushing through the features. The OS X El Capitan announcement could be broadly categorised under two sections:
Experience and Performance.

Let us look at performance first as Apple claims that it has made significant improvements with OS X El Capitan. Apple has brought Metal to the Mac OS, which gives games and apps direct access to the graphics processor on your Mac. This helps with quicker graphics rendering, Metal also lets the CPU and GPU to work more efficiently. In terms of performance gains, Apple claims that there has been a 1.4x times increase in app launch times, 2x improvement in app switching speeds, up to 4x improvement in PDF opening in Preview and so on.

Mac OS X has finally got the Split view mode which lets you work on two apps simultaneously. This feature, that has long been available on the Windows OS, lets you fill up the entire screen real estate with two apps and you can decide the proportion of area to give each app. It helps a lot with research for instance, where you can have a browser open on one side and a word document open in the other app. Split view lets you see both the apps simultaneously and reduce app-switching time. 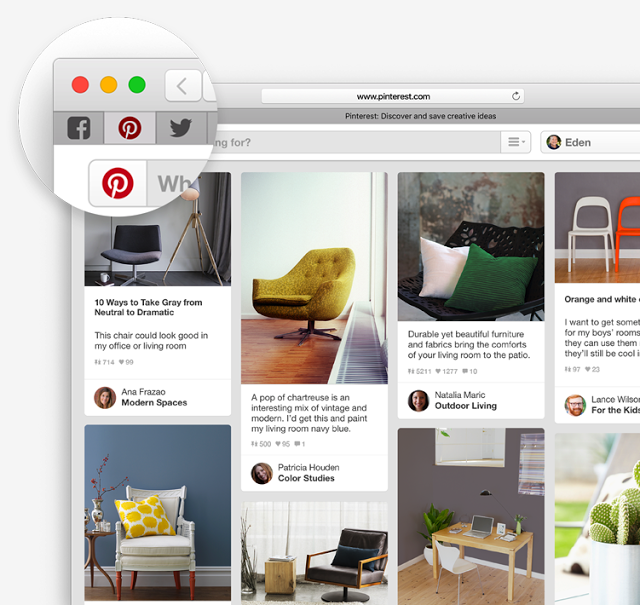 Safari browser has got a major boost with features such as tab-pinning and quickly identifying tabs having audio playing back automatically. You can now pin websites to the tab bar and noisy tabs will show up in the address bar from where you can mute the unwanted audio playback. These features have been present on the Chrome browser. 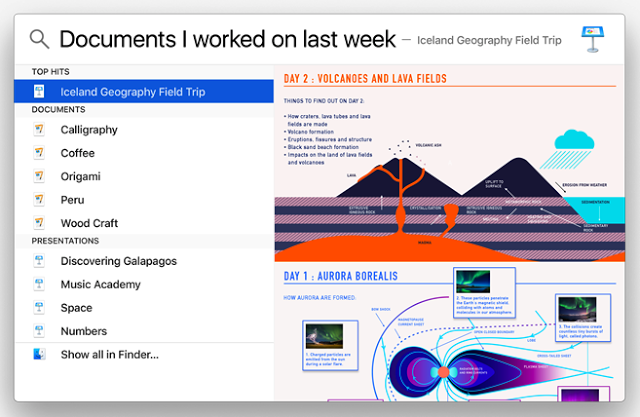 Spotlight Search will have the ability to use Siri for natural language search terms. For instance a query such as ‘Help me find documents I was working on yesterday’, will pull up a list of documents you were working on yesterday. In a similar manner the Spotlight app can also look up weather, stocks and games. 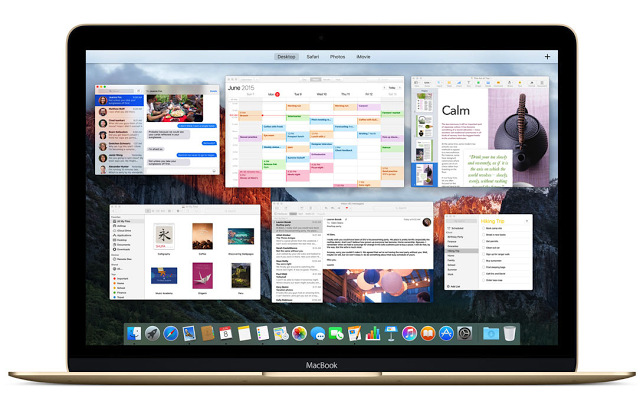 Mission Control centre has also undergone some refinements in terms of open windows layout. In case, you aren’t active on your system and are suddenly left fumbling for the cursor, you can shake your finger back and forth on the track pad or give the mouse a major shake to see the cursor getting bigger making it easier to spot. 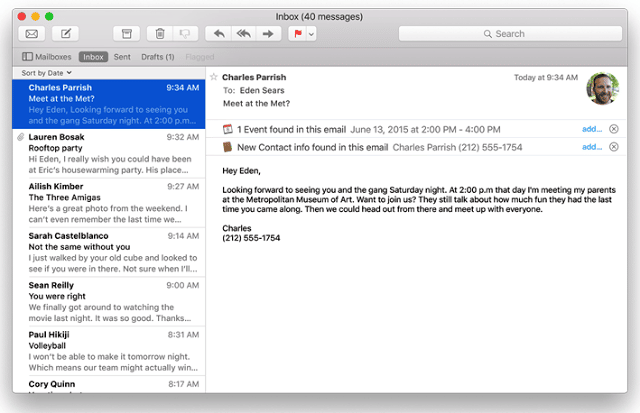 With Mail, you can now use swipe gestures to archive a mail or delete it; you can work between two mails simultaneously and drag and drop links or images from other mails into the one you are currently composing; Compose mail window can now have multiple tabs, in effect letting you compose multiple mails at a time. If a mail you’ve got has a new contact or an event present on it, that can be directly pushed to your contacts or calendar with a simple ‘Add button’.

The Notes app has been enhanced quite a bit. You can now make a checklist, take photo notes, draw scribbles on notes, add URLs or even add a map location. All the Notes data will be synced across all your Apple devices via iCloud. Again, a feature that is not really earth shattering. But one interesting bit is that Notes gives you the ability to see all your attachments such as pictures, map locations, sketches, URLs in one single place which lets you sort through these different data types. 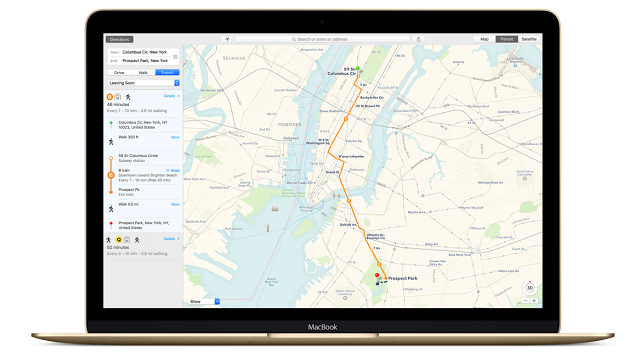 The Maps app will have added support for public transit. This feature which will be applicable only in select cities around the world will have complete details on public transit systems such as trains, metros, buses along with route maps, timings of these transportations and detailed maps of the transit station layouts.