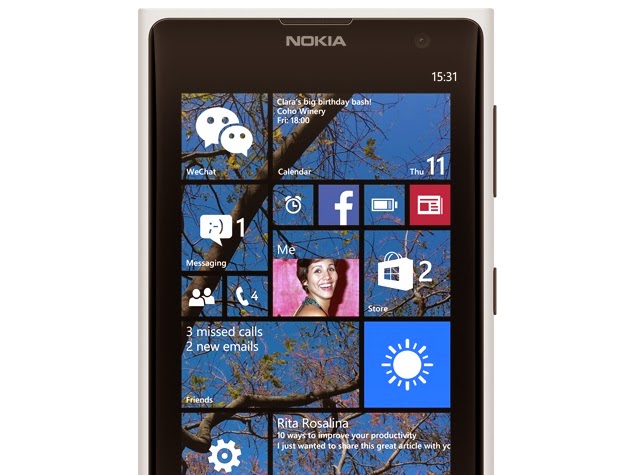 Microsoft might release the developer preview of the next iteration of its mobile operating system, rumoured to be called Windows Phone 9, by January 2015, hints a report citing sources.
Additionally, Nokia Power User reports that all the existing Windows Phone 8 devices (also the Windows Phone 8.1), including the first generation Nokia Lumia 520, will be receiving the update. However, the report suggests that the old generation Windows Phone devices might not receive all the new features.

One of the biggest purported Windows Phone 9 features being highlighted by the report is the split-screen multitasking; though, it does not specify any minimum screen size requirement for the feature. It speculates that the minimum size might be 4.9-inch or higher.

It’s worth noting that Microsoft introduced the split-screen feature in its Windows 8.1 update, where users were able to snap apps in variable sizes. The feature allows users to run three apps simultaneously on one screen and run different apps on different displays if connected, while keeping the Start screen on one display. The split-screen feature has already been introduced by Android handset OEMs like Samsung (Multi Window feature).

Reports have been tipping that Microsoft has plans to remove the Nokia branding from its upcoming devices this holiday season, alongside plans to drop the ‘Phone’ from the Windows Phone name and logo as part of the transition to the unifying ‘Threshold’ Windows 9 update.
Microsoft on Monday started sending invitations that read “Join us to hear what’s next for Windows and the enterprise,” to a September 30 event where the company is expected to reveal the next version of its Windows operating system.

The next iteration of Windows, likely to be called Windows 9, is internally codenamed as the ‘Threshold’ update – one that is said to unify operating systems across different device form factors.
Multiple reports, apart from a more touch-friendly interface for smartphones and tablets, have been tipping that Windows 9 will bring an optimised interface for keyboard and mouse users on desktops, laptops, and hybrid tablets.