With the WhatsApp deal, Facebook just bought a huge chunk of your Internet 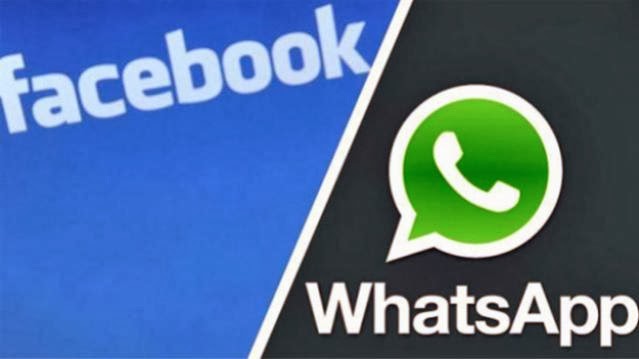 What the deal means for your Internet activity

Facebook’s $19 billion acquisition of WhatsApp has certainly set everyone’s minds racing. Many suspect that WhatsApp’s core services will be merged with Facebook’s own Messenger somewhere down the line. That would depend on a lot of circumstances and it’s very likely that just like Instagram, WhatsApp continues to enjoy ‘independence’ from Facebook. However, what Mark Zuckerberg has ensured is that much of your Internet activity will happen through Facebook and its apps.

How, you ask? Let’s start with the number of images uploaded daily to the Internet. More than 500 million photos are uploaded to the Internet every day, according to stats released by Mary Meeker in mid-2013. This was estimated to grow further until it reaches twice the number of uploads as 2012 figures. In all, the analyst at Kleiner Perkins Caufield Byers estimated the number to reach around 700 million per day for the entire year. But that is clearly a very conservative estimate, considering what Facebook, WhatsApp, Snapchat and others have to say about the total number of uploads on their platforms. 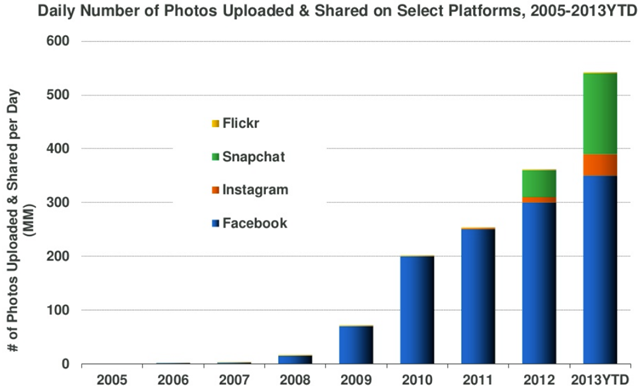 In September, Facebook claimed that 350 million photos are uploaded daily to the site, besides 55 million on Instagram, the app that Facebook purchased in 2012. Whatsapp users share 400 million photos daily, according to CEO Jan Koum who revealed this in a tweet in October. Snapchat, which Facebook tried to buy earlier, also released a figure around 400 million a day, but this also included videos, which Facebook has a separate metric for. In stark contrast, Flickr, one of the biggest photography sites, claims it gets 1.42 million uploads a day. So clearly picture-based messaging is the most popular option.

All this means that more photos are shared each day on WhatsApp than Facebook, and only when adding Instagram shares does Facebook gain a slight advantage. By buying WhatsApp, Facebook has a huge chunk of the daily photo uploads, even though it may happen over three different platforms. We are talking a total of over 800 million photo uploads a day.

That’s just the photos. The amount of messages swapped on Facebook and WhatsApp each day is staggering. WhatsApp announced in January this year that it handles 50 billion messages on an average every day and earlier in 2013, it surpassed Facebook Messenger based on an On Device survey. On the other hand Messenger processes little over 10 billion messages a day, based on figures released in late 2013.

Instagram launched Direct, its messaging service, which allows you to send pictures to a singular contact instead of all your followers. This also includes the element of private messaging, though since its debut, there’s been little said about how Direct is doing. 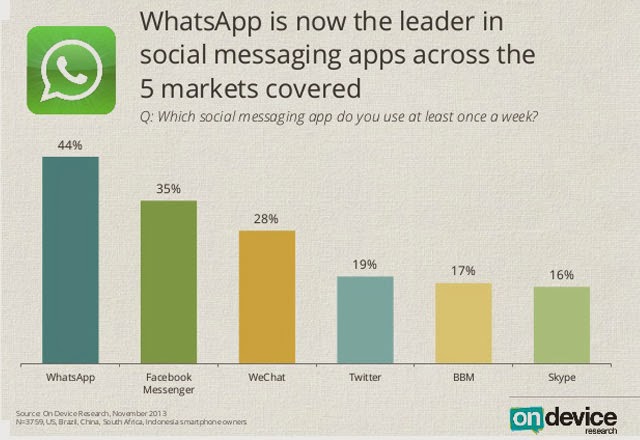 Deloitte 2013 technology report (paywall, analysis) says that the total number of SMSes sent this year is expected to fall by about 5 billion to about 140 billion. In contrast the number of messages sent through private and IM apps is expected to increase to 300 billion by the end of this year. If that figure is close to the reality, your messaging time will be largely divided between apps that are run by Facebook, with more than 60 billion messages exchanged per day on basis on late 2013 figure. In a post-SMS world, Facebook holds two of the aces.

Facebook suddenly has three avenues to keep users engaged and at least one of them i.e WhatsApp does it without showing any ads. This could change in the future, of course, but for the moment, with the WhatsApp deal Facebook has just bought itself another huge chunk of your Internet time. And that ‘land-grab’ is the biggest takeaway from the $19 billion deal.