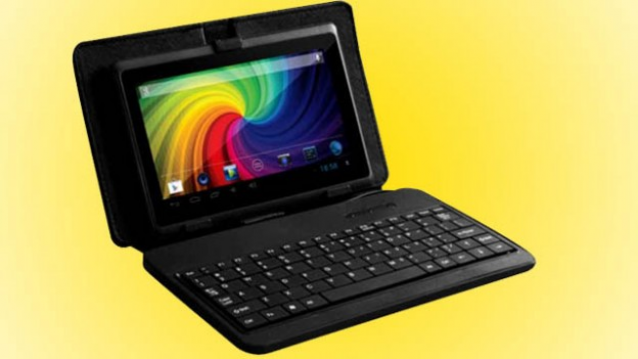 The entry-level tablet is available online

Micromax has launched a new Android tablet and this one sits square in the entry-level segment. The Funbook P280 is now available online for Rs. 4,650 and as you can probably guess from the price, there’s nothing especially attractive about this tablet. However, considering the price the P280 could compete against the likes of Datawind’s Ubislate series, better known in India as Aakash.

The Funbook P280 runs Android 4.2.2 Jelly Bean, but is quite underpowered. There’s an All Winner A13 single-core Cortex-A8 processor clocked at 1GHz, according to the official statement from the company. There’s also 512MB of RAM to help things along. There’s a 7-inch capacitive TFT LCD on the P280 with a 800×480 pixel resolution. Don’t expect to be shooting great pictures as there’s only a 0.3MP camera on the front and none on the rear. Internal storage is capped at 4GB with option for expandable storage up to 32GB via microSD cards.

You’ll find a full-sized USB port to connect data dongles, and Wi-Fi connectivity. That’s it. There’s no Bluetooth or GPS or a SIM slot for 3G. Disappointingly, there’s only a 2400 mAh battery inside. We have seen smartphones with larger battery packs. Micromax says it’s good for 250 hours of standby time, though there’s no telling how much time you will get if you are actually using the tablet. Just like the Canvas smartphones, the tablet comes preloaded with various apps including Spuul, Opera Mini, Kingsoft Office, M!Live.